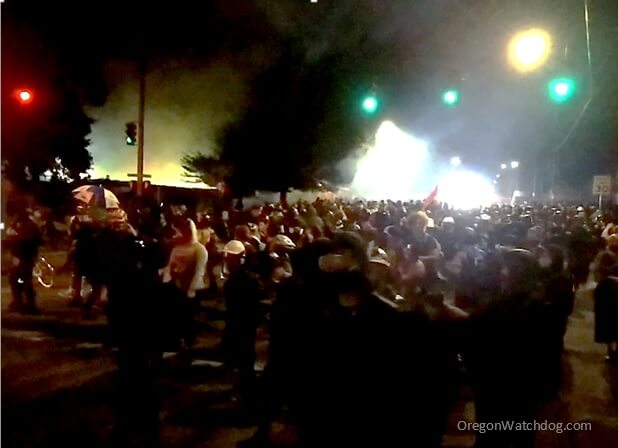 Photo: Imagine the chaos of this scene where a thousand protesters flee in high speed from police, running into various neighborhoods and re-clashing with police at various streets.

The August 15th protest at the Multnomah County Sheriff’s office turned into chaos that spilled out into dozens of residential neighborhoods.  The police station and the police were being attacked that night and they responded by advancing on the crowd which sent a thousands people running into the neighborhoods.

– Crowds were running on people’s front lawns and some right through people’s backyards.

– There were cars caught up in the fleeing as they were dangerously traveling through and with the fleeing crowd.

– Protestors vandalized on their way out.  Below is man spray painting a public street as he flees. 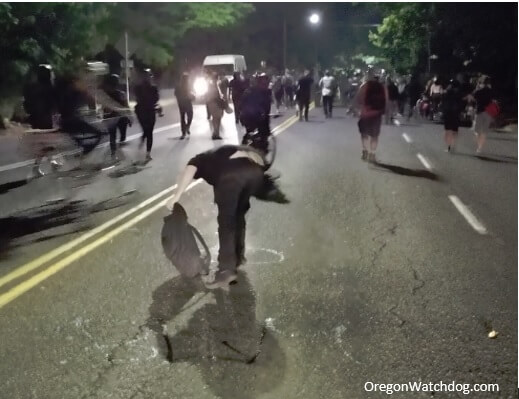 Below you had a big pile of broken glass in the middle of the road with an over-turned shopping cart. 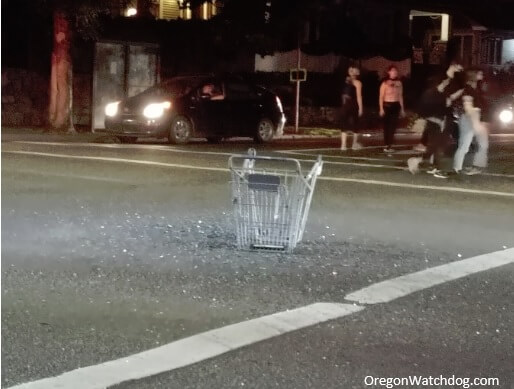 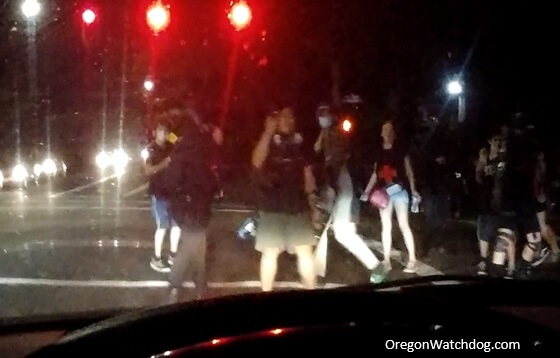 – You could see plenty of old ladies peeking out their windows in fear of what was happening around midnight right in front of their own homes.

– As protestors flee, some blare music, others honk their horns making their exit as loud as possible.

-A central hoard of protestors will stick together and then begin to confront police in random residential streets.  Protestors will use bullhorns to harass the police and the police sometimes in turn use smoke-bombs to disperse them.

– Other pockets of protestors will wind through different neighborhoods on their way back to their cars or to the main police station to protest more.

– As they winded through streets many simply walked in the middle of the street instead of using sidewalks. 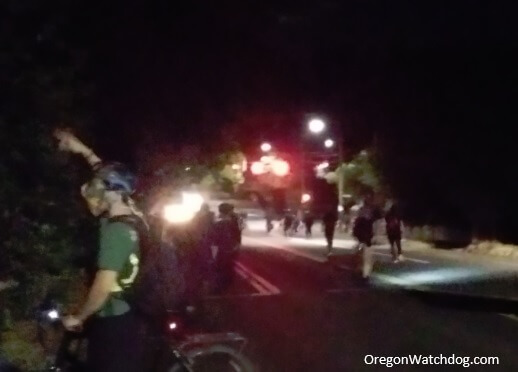 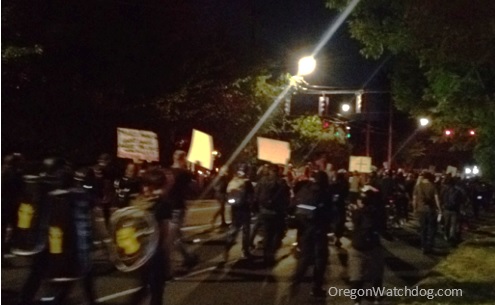 Disclaimer: Despite the anarchy and lawlessness, there were many peaceful protestors who did so lawfully and who disagreed with how the event was handled.