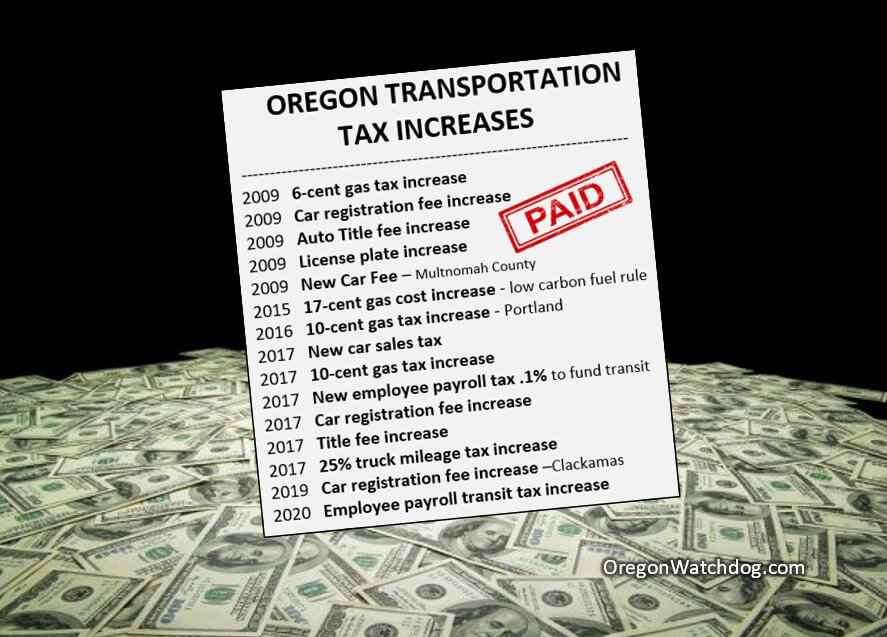 Taxpayer Association of Oregon urges No vote on #26-281, the latest attempt by politicians, this time METRO, to raise even higher transportation taxes.

Taxpayers have had 11 years of transportation tax increases:

Apparently, a decade of road tax hikes is not enough.

• The tax is permanent

• METRO can adjust the tax rate without a public vote

And it won’t help reduce traffic:

• Why have a $5.2 billion transportation tax if it doesn’t help reduce traffic?

Taxpayer Association of Oregon urges No vote on #26-281