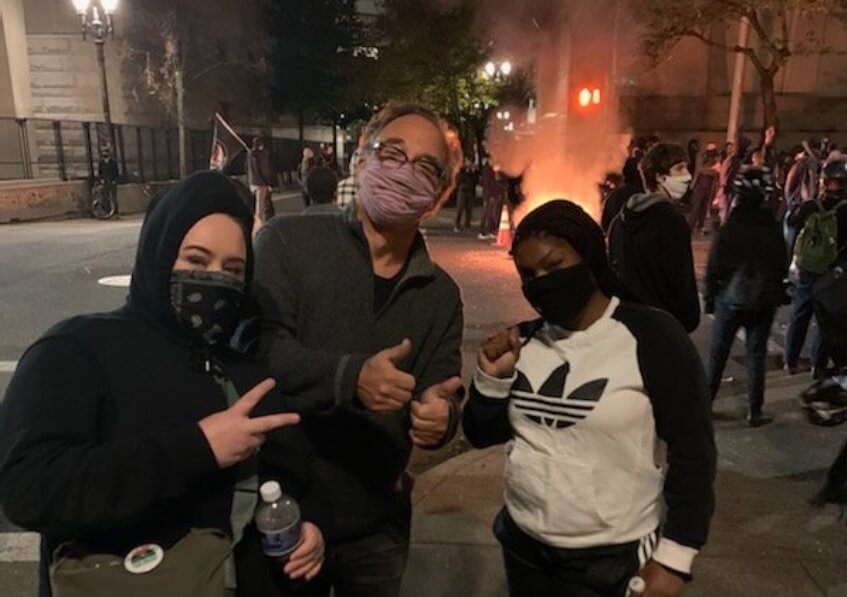 It was posted on Twitter and noted in the New York Post that it appears that Hollywood actor and Oregon marijuana farmer Jim Belushi did a thumbs-up photo-op in the middle of a Portland riot where anarchists were setting things afire in the middle of the street.   The riot was occurring at the Hatfield Courthouse where Portland protestors have been attacking the building for over 130 days.   Federal judges have even been having a hard time accessing their own courtroom due to the Federal Courthouse attacks.

Days earlier and a few blocks away, protestors toppled the statue of Abraham Lincoln, Teddy Roosevelt and tried to burn down the Oregon Historical Society.

Note: As of posting, Belushi did not respond to the NY Post request for comment, nor was their a response to inquires people made on Belushi’s Facebook community,as of five days from the photo it is still unconfirmed.