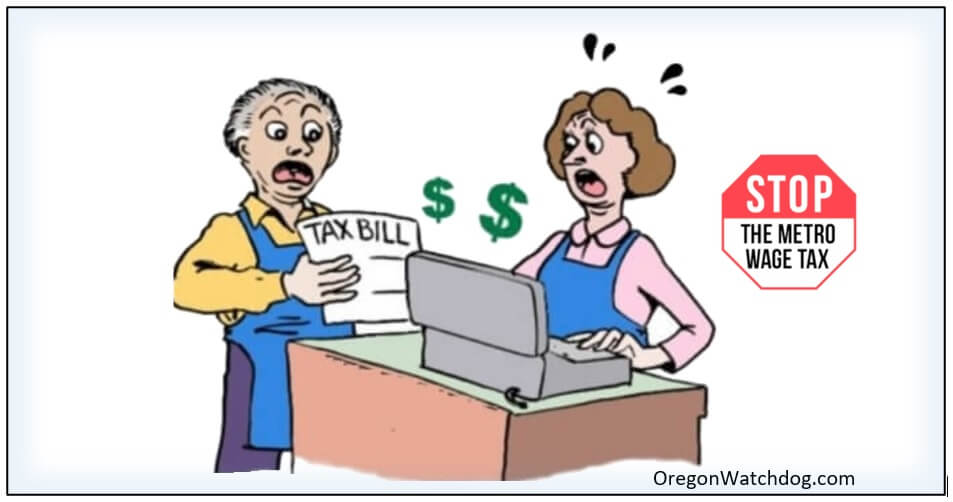 The more that people hear about Metro’s reckless tax, the less they like it.

It’s why four out of four leading newspapers agree that voters should reject it.

Small business owners are doing all they can to protect our employees’ jobs and paychecks while revenues are down significantly. Adding another major cost while revenues aren’t enough to cover existing costs is kicking them while we’re down.

Small businesses will have to pay this tax even if they’re losing money.  That’s unfair. And while this measure exempts government employees, including Metro’s own, the proposed payroll tax will hit working people and those earning a minimum wage the hardest.

Help us spread the word to voters to reject this tax and protect paychecks and jobs.

Visit the Stop The Metro Wage Tax website to learn more, and click here to donate to the campaign.