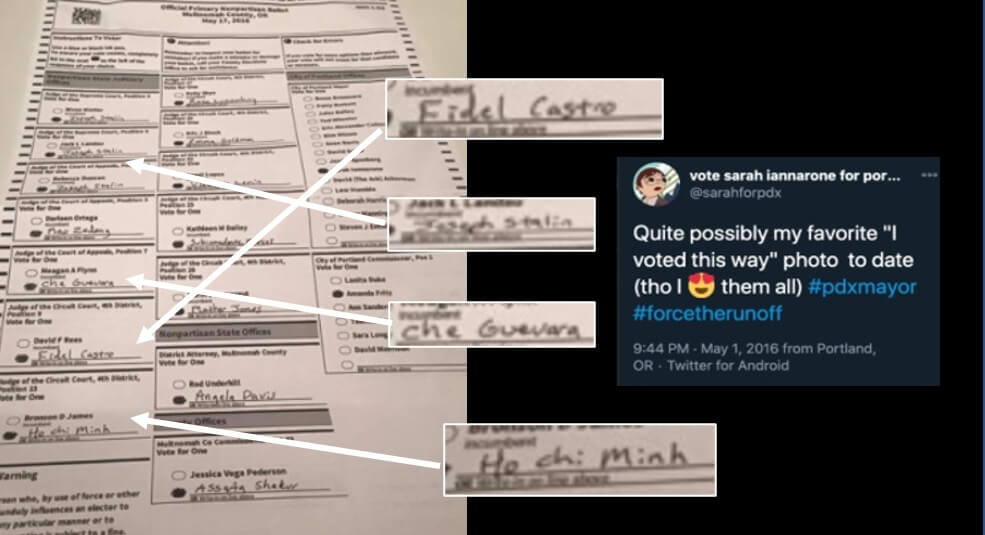 KOIN-TV News is reporting of an old May 2016 Tweet by Portland Mayor Candidate, Sarah Iannarone, where she praises a ballot filled with dictators and communist icons who were responsible for jailing, executing and starving tens of millions of their own people.

Sarah Iannarone is also the same candidate who said earlier this year that she considers herself the “Antifa candidate”.

Sarah’s campaign responded by tying her opponent, Wheeler, to Trump, by saying, “Ted Wheeler is using the same tactics as Donald Trump to scare and confuse voters. The claim is simply a lie. Trump and Wheeler paint progressive women as too radical because they believe misogyny and misrepresentations can still win elections”.