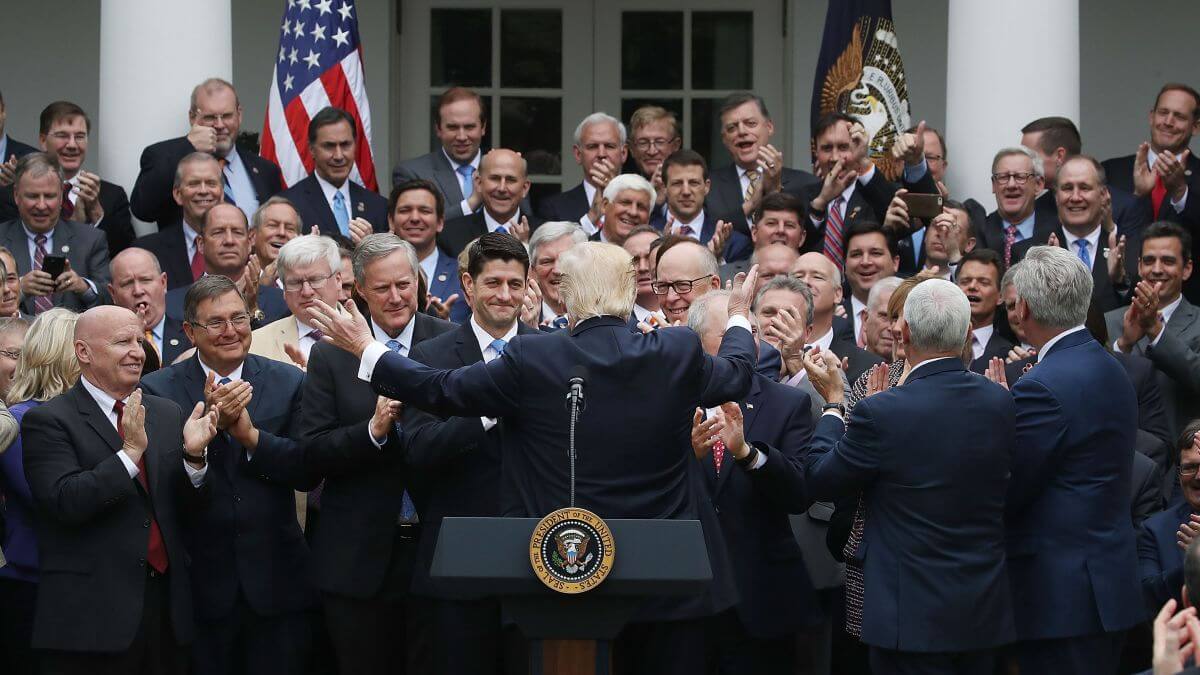 A common refrain from many people who intend to vote to reelect President Trump is that he kept his promises. I’ve never found that a compelling point. Trump promised to appoint conservative judges, and he has certainly kept that promise. I find that a sound reason for voting for him, because I tend to like the judges he has been appointing. In 2016, Trump campaigned on pursuing a left-wing trade policy. He has kept that promise too, but, being a free-market economist, I find that a reason not to vote for him. I’ve found the forty-fifth president to be a mixed bag of both good and bad policy.

But it’s a promise that our President did not keep that I find most illuminating about him. He promised to repeal Obamacare and didn’t. Trump has a simple explanation for that. It’s not his fault. Everything good that has happened on his watch was the result of his leadership. Everything bad is always someone else’s fault.

But the true cause of that failure came right from the top. Trump didn’t support a laissez-faire approach to health policy. When President Trump’s healthcare reform efforts failed in 2017, I explained it was because he ran on the health plan of the 2008 Obama/Biden campaign. Trump wanted to replace a law called Obamacare and replace it with the same policy, with few changes, and embrace it as his own accomplishment, kind of like the rebranding of NAFTA as the USMCA.

Jake Sherman and Anna Palmer’s excellent book The Hill to Die On highlights some revealing moments in the healthcare reform fiasco. When the going got tough, when the country became torn over the loss of coverage guarantees Obamacare provided, expensive guarantees that drove up insurance premiums, as President-elect, Trump quickly signaled he wasn’t willing to make such tough choices.

It was clear that the president was torn as well. Republicans on Capitol Hill had privately been saying that the country would move from “universal coverage”—the goal under Obamacare—to “universal access.” But on Saturday, January 14, Trump called the Washington Post’s Robert Costa at home and unveiled a new standard.

“We’re going to have insurance for everybody,” Trump told Costa, who had been covering the New York billionaire’s campaign since its early days. “There was a philosophy in some circles that if you can’t pay for it, you don’t get it. That’s not going to happen with us.” It was as if the president-elect had internalized the complaints that the party would be ripping health care away from people and was seeking to quash them. Republicans had never planned to insure more people than Obamacare did, but Trump seemed to want them to, details be damned.

The House ultimately passed a bill that was not a universal coverage bill. Yet it wasn’t a real repeal either. Trump insisted the major components of Obamacare get preserved. The Republicans in Congress actually repealed major sections of the Affordable Care Act in what was ultimately a philosophically inconsistent mess. Trump’s first instinct was to hold a celebration at the White House. It looked like a signing ceremony, but only one chamber of Congress had passed legislation. Soon after that happy moment, the President stabbed House Republicans in the back without realizing how doing so would poison the Senate’s deliberations, making it impossible for Republican senators representing blue states to vote for the bill while conservative senators would not support a watered-down version of it.

It wasn’t only Senate Republicans who were cool to the House’s bill. Unbelievably, just two months after celebrating with House Republicans in the Rose Garden, Trump started dumping on it. On June 13, Trump gathered a group of roughly a dozen GOP senators at the White House for a meeting about the healthcare agenda, and he called the House’s legislation “mean.” He implored the Senate to do better and to be more generous in taking care of people. It was a truly gobsmacking set of statements. The reaction from the House was apoplectic. House Republicans had shuffled down a plank for Trump, and this was what they got in return?

The rest is history, like the Trump administration. May my Grand Old Party learn from its mistakes, and the defeat of Republican healthcare reform when we controlled all three branches of government was the most teachable moment of the past four years.