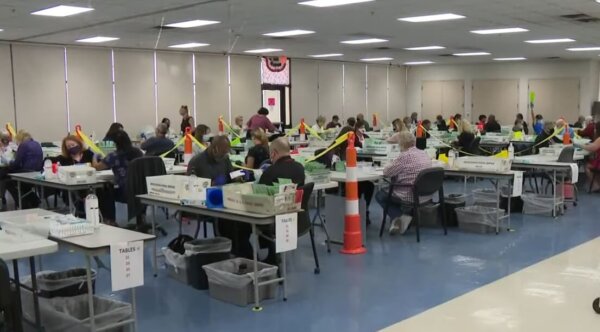 Here is an interesting update on the status of the Presidential election coming out of Arizona:

“As Maricopa County released the results from 140,000 more ballots on Wednesday night and Thursday morning, President Donald Trump received almost the exact share he would need to charge back to win Arizona’s 11 electoral votes and potentially reelection. Trump won the batches of ballots from Maricopa County counted Wednesday and early Thursday by a roughly 57-40 margin over former Vice President Joe Biden.  Those votes — likely early ballots sent to the county on Monday and Tuesday — narrowed Biden’s lead over Trump in Arizona to 68,000 votes, when his lead had been more than 90,000 votes earlier Wednesday….But the problem for Trump is that he needs to replicate that performance across all of the remaining 470,000 votes left to count in the state. And he needs to do it across all Arizona’s 15 diverse counties, which include areas that are very blue: Pima, Coconino and Santa Cruz counties. Trump needs to repeat that performance “with every single batch, with every single ballot, with every single day,” Bentz said. “The first step in the long journey was a successful one in Trump’s tightrope walk.”

“President Donald Trump is chipping away at former Vice President Joe Biden’s lead in Arizona, raising the possibility that he could take the state, giving him some breathing room in his path to the presidency. CNN analysts said that new Maricopa County data shows Trump is gaining on Biden and, if votes continued that way, could even “meet and beat” Joe Biden in the state. Joe Biden is still winning the county, with 51.4 percent of the vote in the county but around 200,000 votes remain to be reported.”Trump has been meeting the thresholds he needs to at least pull even,” CNN said. “The biggest question is the composition of what’s left.” Both campaigns will have a strong sense of the makeup of votes still to come in, with analytics on previous voting data which, CNN says, the “Biden campaign says they feel good about.”Until recent results came in, Joe Biden was comfortably ahead in the state with 55 percent of the popular vote but now, that stands at around 50.5 percent, with Trump at around 48.1 percent. There is still around 15 percent of the vote to be reported.”