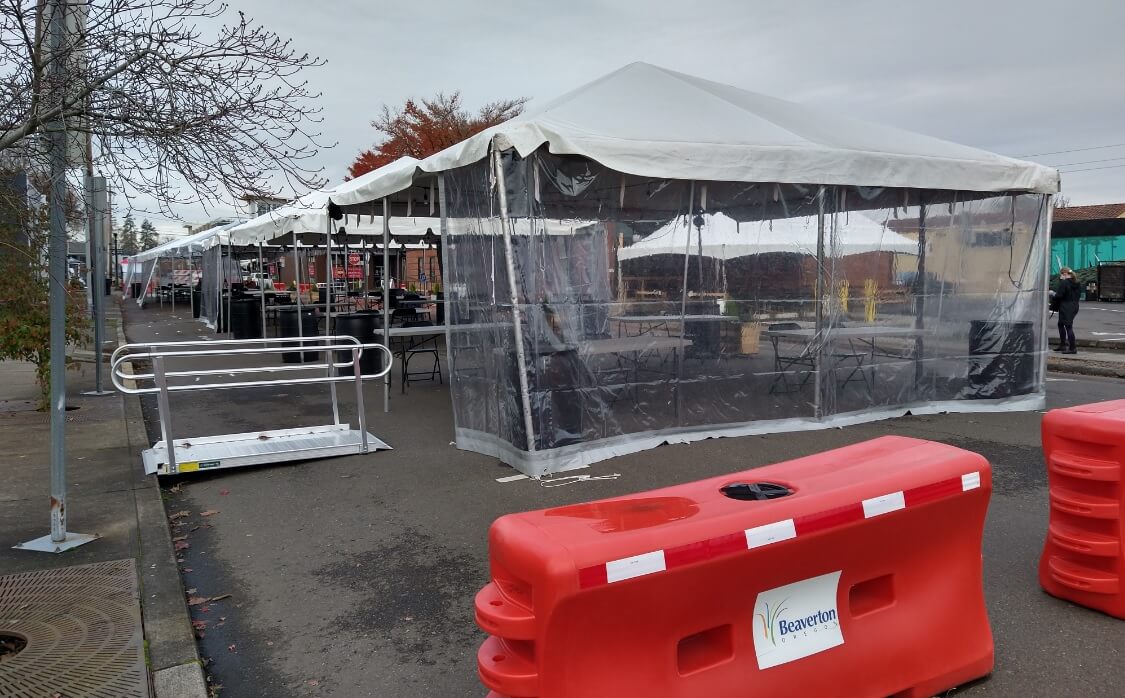 Restaurants have spent thousands on expanding outside dinning as a last ditch effort to save their life’s investment.   The photo shows where outside dining in Beaverton took over an entire street.  Now these areas have been deemed unfit despite that they have been built as a low-risk area.  It is a good demonstration of the tragedy of the situation we are in.

The irrationality of this decision seemed to reach the Governor’s office as she recently declared a reversal of the outdoor dining ban on the day before Thanksgiving.  It won’t go into effect until December 3rd.  Until then all these areas remain illegal despite their very useful function of providing a low-risk environment and middle ground solution.