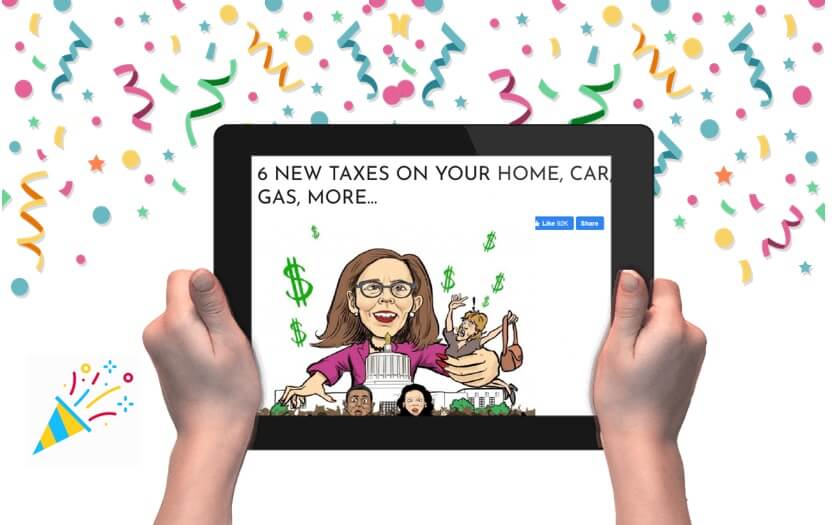 Oregon Catalyst started in 2005 at the dawn of the blog revolution.

There were over 40 other Oregon conservative political blogs at the time.

We survived them all because we started with a coalition effort (Taxpayers Association of Oregon, Cascade Policy Institute, Lars Larson, etc.) and we aimed to be positive and pro-active for the cause of liberty.

We embraced a broad audience by including press releases from the Oregon Independent Party, Libertarian Party and included voices of people who did not agree with each other.

Over the years, there were political blogs that were funded with big $100,000 budgets but fell apart because blogs rarely ever make money.  Oregon Catalyst survived because we were volunteer based and those volunteers put in thousands of hours of time and content.

Then came the social media phenomenon. Everyone rushed to their platforms. Oregon political minds stopped producing actual helpful content and just produced Tweets, posts and comments. Now many have found their favorite social media websites censoring their messages and they now feel like hostages to the rules of others.

We outlasted our 40 competitors.

We outlasted the rise and fall of both the blog, social media and other internet trends.

Our audience has rewarded us with over a half million Facebook Likes in 2020 alone!!!

If you value this genuine Oregon success story then please support the writers who contribute:

• Consider writing for us and join the family.

Thank you for your support