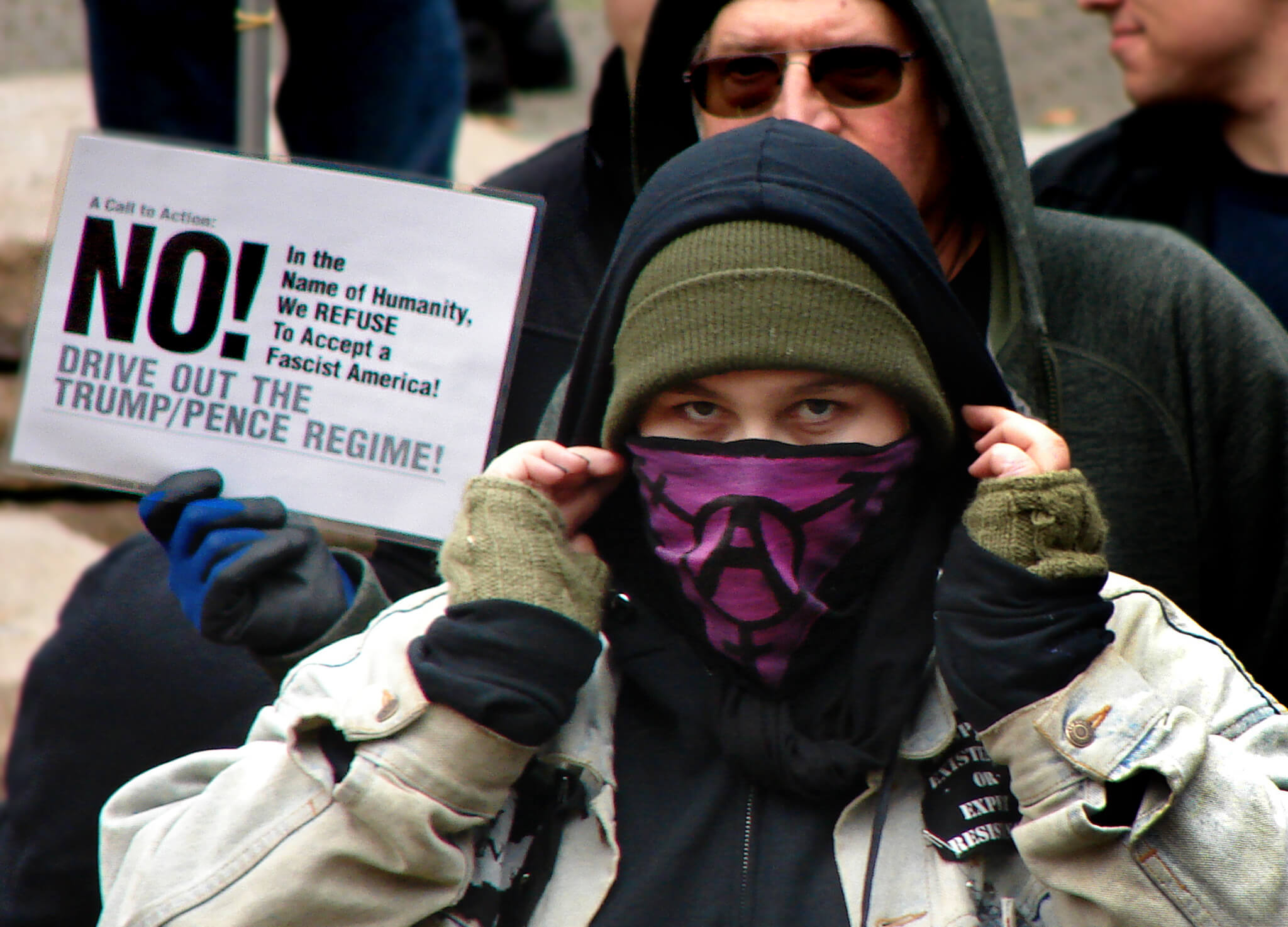 There are many ways in which reality has differed from the hyperbolic worldview of the people who describe themselves as Antifascists (or Antifa for short), but the one that is most glaring is that Trump was not Hitler. Our President could not be an authoritarian, let alone a totalitarian, even if he wanted to, though there are some indications he wanted to.

And yet there are important observations to make about the past four years. America has faced its second national socialist moment, but it was weak in execution and muddled in message. (The first was the Wilson administration, see Johan Goldberg’s excellent book Liberal Fascism).

It would also be a mistake to call Antifa the true fascists. Though a popular observation among conservative commentators, a better 1930s analogy is that Antifa activists are the street thugs of the Kommunistische Partei Deutschlands. Commerical property and government buildings in the Weimar Republic were regularly vandalized by such far-left militias. And, as in the 1930s, there are less extreme people attending these specticals too.

Understanding how the strength of our governing institutions prevents the concentration of power that leads to something truly like the horrors of Nazi Germany is as important as noting how history has certainly rhymed a little bit. But such understanding is limited by three factors.

First, “fascist,” as the term is colloquially used, is little more than a political insult. Observations of this phenomenon have given us Godwin’s law, that as an online discussion grows longer, the probability of a comparison involving Nazis or Hitler approaches 1.

Second, this reductio ad Hitlerum is due to the way Hitler has become the iconic example of human evil. Have you ever wondered who held this status before Hitler? As he rose to power, who was Hitler compared to? If you look at contemporaneous analogies trying to argue Hitler was evil, writers compared him to Napoleon, Philip of Macedon, and Nebuchadnezzar. Now Hitler has become the singlular byword for evil.

Third, the basic story of Nazi Germany is ubiquitously known but little understood, because few people know much beyond the basics. From documentaries to period piece movies, little insight is offered beyond vicarious accounts of brutality.

I am going to write a series to show where these analogies are valid and where they are not. As I have suggested in the title of this introduction, the comparisons to today’s America are rarely reasonable. Understanding why they are misplaced can help us appreciate why America is truly great. Yet understanding how the MAGA message is congruent with a populist worldview that elites have been stabbing the common man in the back could use some historical context. And a divine devotion to a leader whose prognostications are fervently followed as gospel should remind us what the German word for “leader” is.

To do this right requires source material more rigorous than watching the History Channel. I have long been a student of Dr. Thomas Childers, emeritus professor of history at the University of Pennsylvania. His lectures have been recorded and can be listened to here.

My understanding of the Third Reich was further formed by the following thirty-eight books.

There is no substitute for reading book-length material to master the details of a subject. Some of these books I read in high school, like William Shirer’s classic The Rise and Fall of the Third Reich. I read Volker Ullrich’s recently published books this year. Most of the books I read in my late 20s after purchasing Dr. Childers’s Teaching Company course and plowed through his recommended reading.

The irony is that the people who bash in windows and set fire to buildings in the name of fighting fascism probably have not read any of them and don’t really understand this political phenomenon’s historical context. If they did, perhaps they would realize their behavior can have the opposite effect.