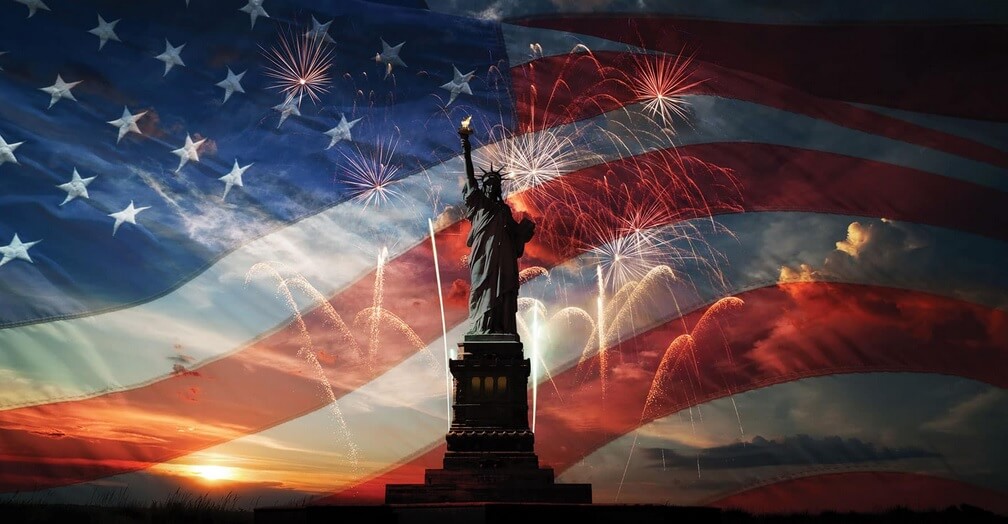 After being hit with multiple crisis’ in 2020, I am very amazed and thankful for how America endured — because it could have been much worse.

– Vaccine miracle. Experts said the vaccine would take years to provide and we did it in about 9 months. The President’s slashing bureaucratic barriers through Operation Warp Speed made it possible.

– Economic rebound. Our economy rebounded from a severe across-the-board shutdown for nearly two months. We could have spiraled into a depression. We didn’t. We exceeded all the Federal Reserve predictions. Once again, the President immediately cut nearly 600 business regulations during this period to help our economy adjust.

– Supply chain crash diverted.  The virus caused massive disruption in exports and imports.  Experts predicted dire shortages in products, but American businesses found a way to adapt including making certain products here at home in a record amount of time.

– States rights. The fact that government virus restrictions were decided and enforced on the state level allowed state’s to handle their own conditions in their own way and provided an eye-opening comparison on what-to-do and not-to-do during this crisis. Imagine, what if the Federal government forced all the states to make mistakes like New York (which forced infected nursing homes patients to remain in their homes instead of quarantining them)?

– Media choice. Despite media censorship and terrible reporting, Americans voted for the news with their viewing habits. Fox News broke several viewership records in 2020.  Newsmax soared. People upset at Twitter went to an alternative site, Parler, as the site witnessed an explosion of users — from 1 to 8 million users during the crisis.  The Drudge Report began tilting liberal, and their audience dropped 40%.   I cherish the fact that America still retains Freedom of the Press.

– Election. The 2020 election could have witnessed a panic where people looked for Big Government and socialism-style solutions to rescue them in times of crisis.  Instead, progressives saw huge defeats in Congress, in State Legislatures and in most of the high profile state ballot measures.

— There is still a lot to be alarmed about, and our organization dutifully has written nearly 200 articles this year on all the bad things that occurred with our leaders, the crisis and politics.  Yet, we need to count our blessings for the good and amazing moments that occurred.