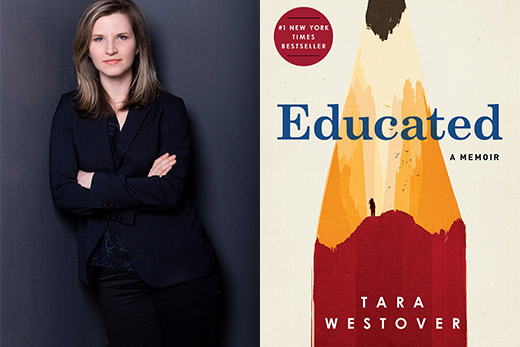 I got Tara Westover’s Educated for Christmas. This book is a memoir about a girl who grew up in a survivalist home. Her parents prepared for the end of the world, stocking up on food and ammo. They didn’t let her go to school, nor did they do much homeschooling besides teaching her how to concoct herbal remedies and work in a junkyard.

This book is an easy read. I knocked it out yesterday, which gave me the opportunity, on New Year’s Eve, to party like it was 1999.

The belief that the Y2K bug would destroy the computerized economy and collapse civilization was a big deal for her family twenty-one years ago. Here is her account of their ushering in that new year:

The days dragged on, and then it was December 31. Dad was calm at breakfast but under his tranquillity I sensed excitement, and something like longing. He’d been waiting for so many years, burying guns and stockpiling food and warning others to do the same. Everyone at church had read the prophecies; they knew the Days of Abomination were coming. But still they’d teased Dad, they’d laughed at him. Tonight he would be vindicated.

After dinner, Dad studied Isaiah for hours. At around ten he closed his Bible and turned on the TV. The television was new. Aunt Angie’s husband worked for a satellite-TV company, and he’d offered Dad a deal on a subscription. No one had believed it when Dad said yes, but in retrospect it was entirely characteristic for my father to move, in the space of a day, from no TV or radio to full-blown cable. I sometimes wondered if Dad allowed the television that year, specifically, because he knew it would all disappear on January 1. Perhaps he did it to give us a little taste of the world, before it was swept away.

Dad’s favorite program was The Honeymooners, and that night there was a special, with episodes playing back to back. We watched, waiting for The End. I checked the clock every few minutes from ten until eleven, then every few seconds until midnight. Even Dad, who was rarely stirred by anything outside himself, glanced often at the clock.

I held my breath. One more minute, I thought, before everything is gone. Then it was 12:00. The TV was still buzzing, its lights dancing across the carpet. I wondered if our clock was fast. I went to the kitchen and turned on the tap. We had water. Dad stayed still, his eyes on the screen. I returned to the couch.

How long would it take for the electricity to fail? Was there a reserve somewhere that was keeping it going these few extra minutes?

The black-and-white specters of Ralph and Alice Kramden argued over a meatloaf.

I waited for the screen to flicker and die. I was trying to take it all in, this last, luxurious moment—of sharp yellow light, of warm air flowing from the heater. I was experiencing nostalgia for the life I’d had before, which I would lose at any second, when the world turned and began to devour itself.

The longer I sat motionless, breathing deeply, trying to inhale the last scent of the fallen world, the more I resented its continuing solidity. Nostalgia turned to fatigue.

Sometime after 1:30 I went to bed. I glimpsed Dad as I left, his face frozen in the dark, the light from the TV leaping across his square glasses. He sat as if posed, with no agitation, no embarrassment, as if there were a perfectly mundane explanation for why he was sitting up, alone, at near two in the morning, watching Ralph and Alice Kramden prepare for a Christmas party.

He seemed smaller to me than he had that morning. The disappointment in his features was so childlike, for a moment I wondered how God could deny him this. He, a faithful servant, who suffered willingly just as Noah had willingly suffered to build the ark.

But God withheld the flood.

This book has been a runaway bestseller, and I’m worried that it captures our political divide in a caricatured way, with the Democrats being the party of education and Republicans being the party that rejects education. Of course, that is gross hyperbole. Westover wrote about an extreme and unrepresentative family. Almost all Republicans want their children well educated. Yet, I’m concerned that I’m a registered member of a political party that increasingly finds book-learning uncool and data analysis uninsightful.

It took a lot of books for me to read before I really understand how big government is inefficient and ineffective. I see the Republicans who are more likely to get their information from TV to be inconsistent critics of government. Without much grounding in the details, the same people who turned out to Tea Party rallies due to wasteful stimulus spending by the Obama administration embrace our unread president’s advocacy of $2,000 checks.

A coherent worldview requires an education. It will inoculate you from falling for internet rumors of an apocalypse, and an education will help you remain philosophically consistent when the Oval Office changes from one party to another.

I’m not necessarily referring to formal education. A plumber who never went to college, but took the time to read the University of Chicago’s canon of Great Books of the Western World is not only likely to have a higher income than someone with a PhD in women’s studies. Such a person would also be more educated.

Either way, there is no substitute for reading books. Make 2021 the year you read more and watch less TV.