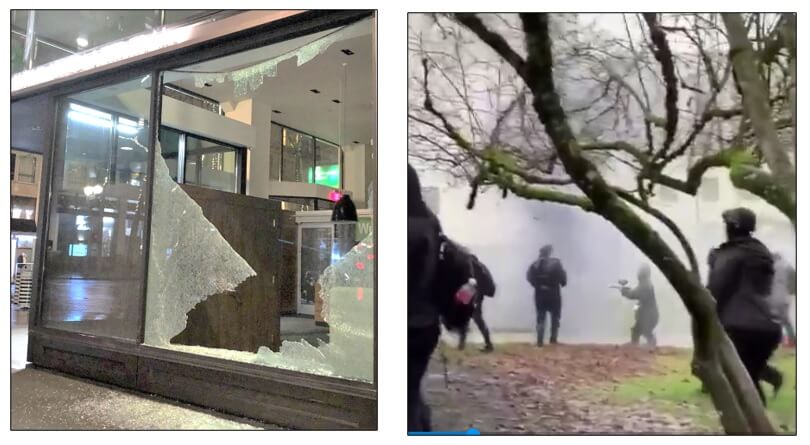 As the tragedy of the United State Capitol being stormed by rioters occurred, you had local anarchist/Antifa groups manage to riot in two different places in Oregon apparently not wanting to be overlooked or not getting the memo.  First they disrupted a pro-Trump rally after it was completing and then rioted in the streets of Downtown Portland later that night.  Photos below.

Here are some original photos of the downtown riot.

An H&M store had three of its storefront windows bashed. 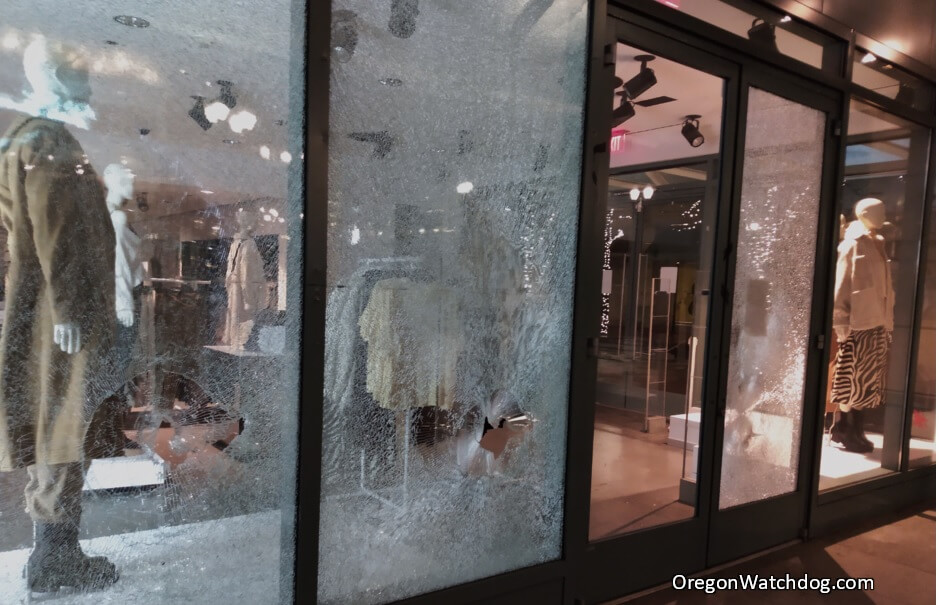 This New Year vandalism reminds of what we have to look forward to in 2021. 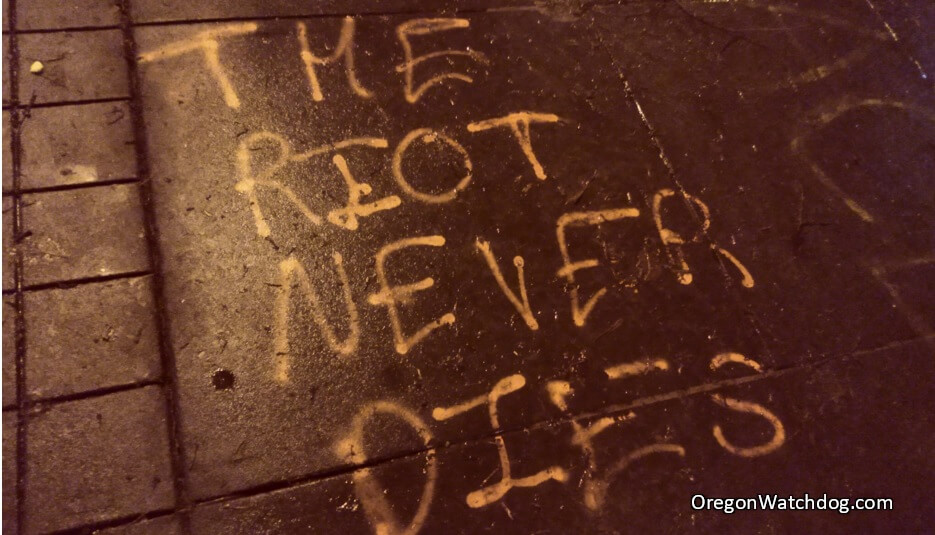 Especially difficult is to witness this makeshift outdoor dining area be vandalized and torn apart.  Since inside dining is not allowed under current COVID rules, anarchists basically ruined this business owner’s only ability to stay alive. 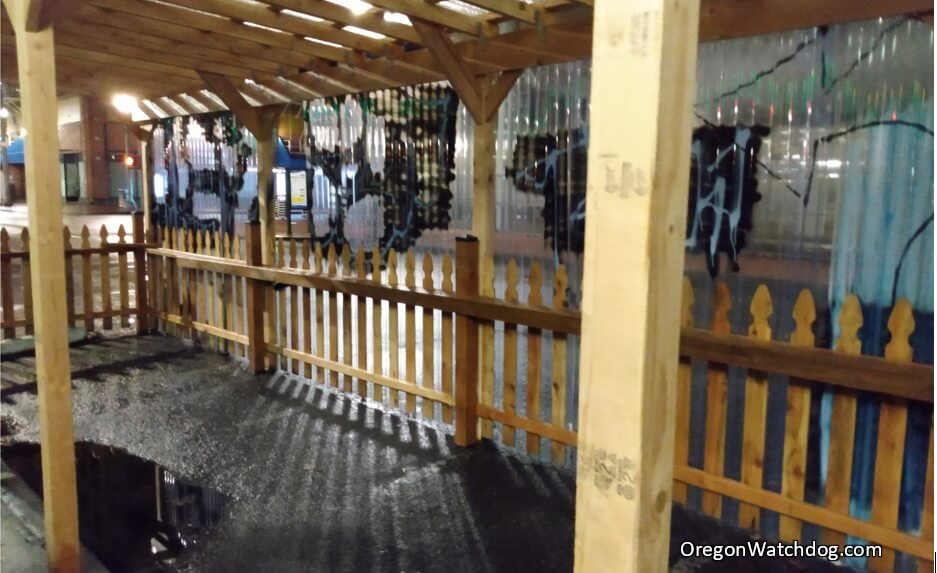 More cop killing messages as well as communist signs and a no border declaration. 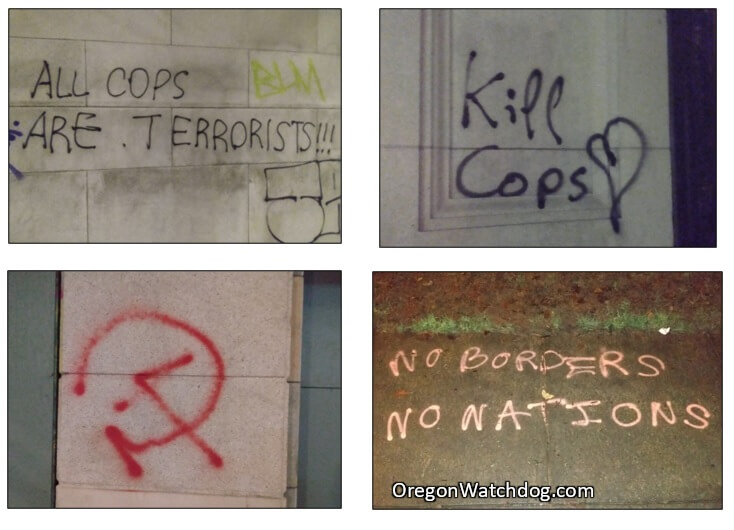 Another sign of despair is witnessing vandalism on vacant properties. 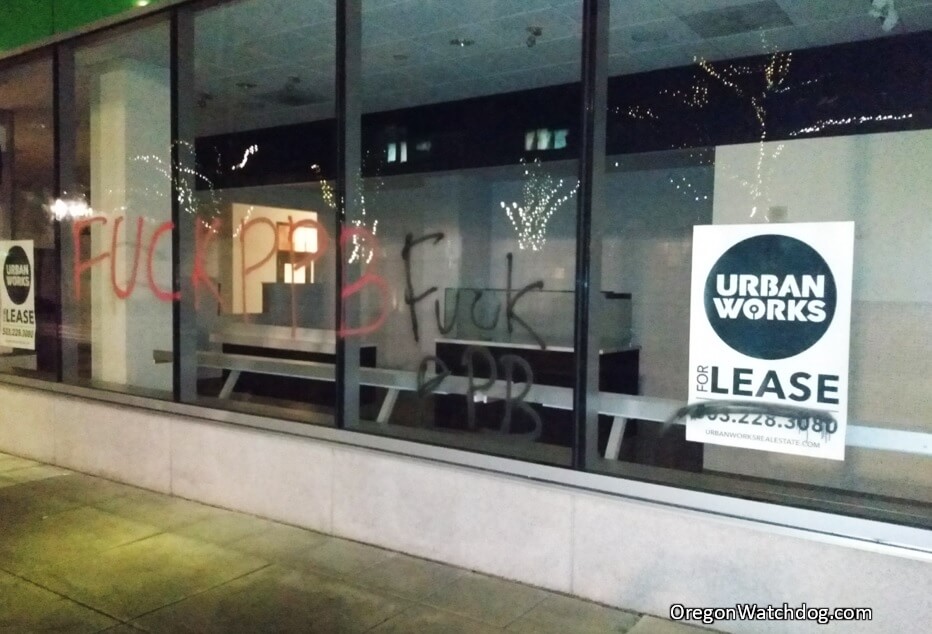 On a more odd note, in addition to the riot damage seen downtown, there was also a homeless man starting a campfire on the sidewalk.  Just another sign on how chaotic Downtown Portland has become. 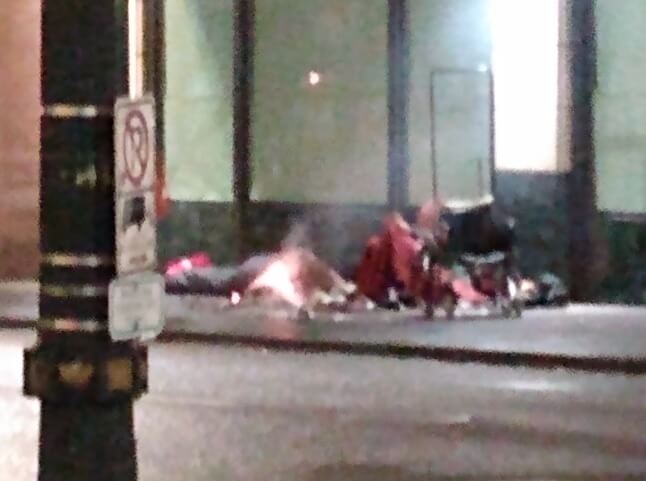