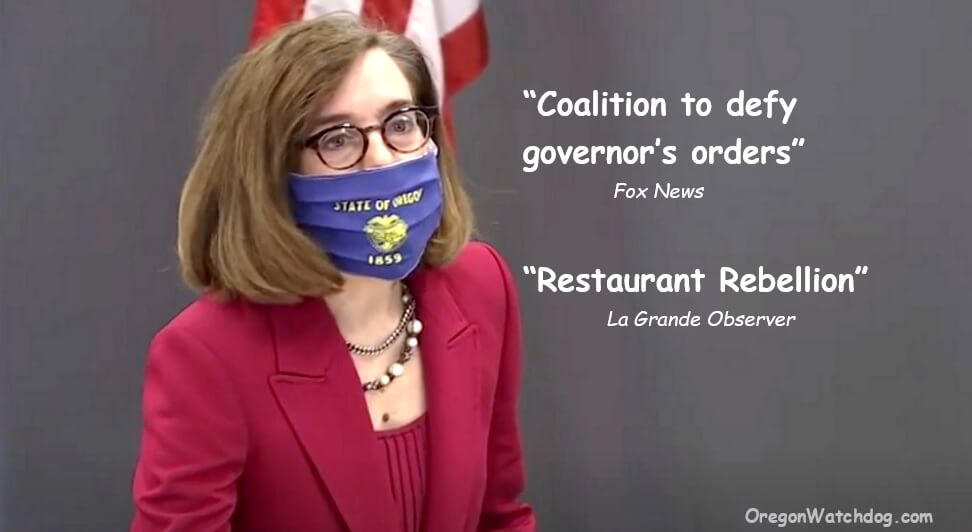 – Sandy Mayor makes national news for re-opening Sandy businesses and forming coalition Main Street Mayors.  Pulliam said “People are packing into malls and grocery chains supporting corporate America, and yet we can’t sit down at a locally owned restaurant to support a local business owner and their employees while enjoying a meal with our families in a safe and responsible way. The double standards must end.” 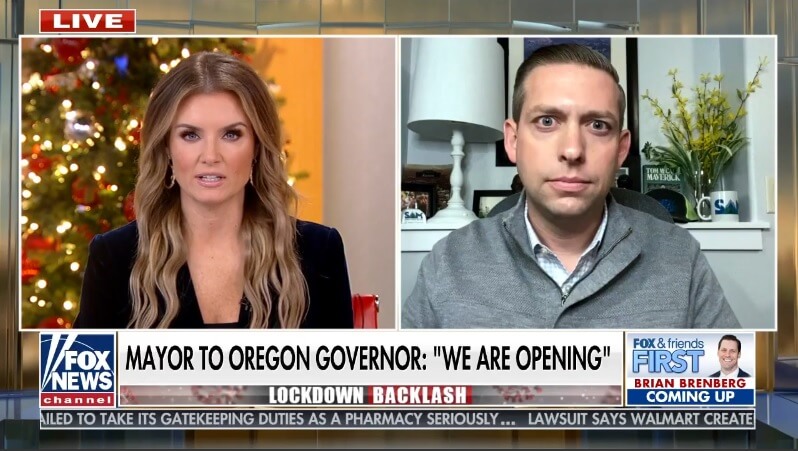 – Molalla Mayor Scott Keyser stated, “As far as the numbers going up, they’re not going up in our restaurants.  Our restaurants, bars, businesses in our cities are practicing safe measures. They’re cleaning tables, they’re making people practice social distancing. And it’s a lot safer than doing any sort of gatherings in our homes.” 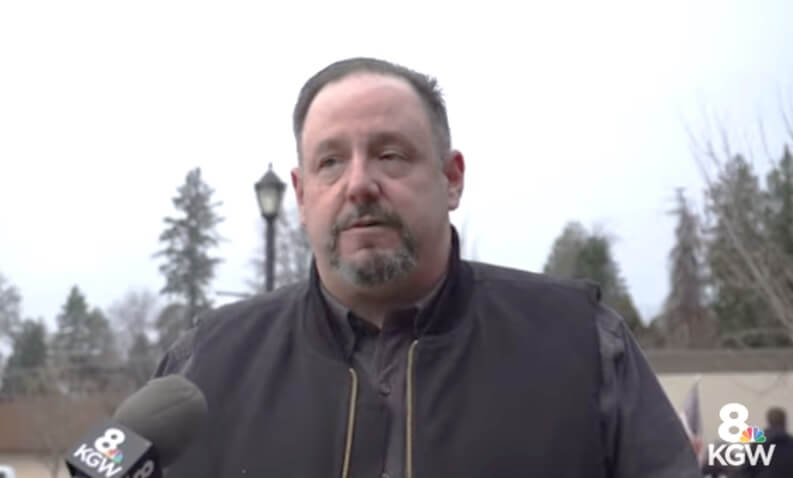 – Estacada Mayor Sean Drinkwine held a re-open rally in Estacada saying, “”They still have to live and feed their families and right now and that’s not happening. I mean, I’ve got people calling me two, three times a night sometimes really late, telling me their story about how they’re suffering, how they can’t feed their family, is there any funds I can help with or is there any program they can look to” 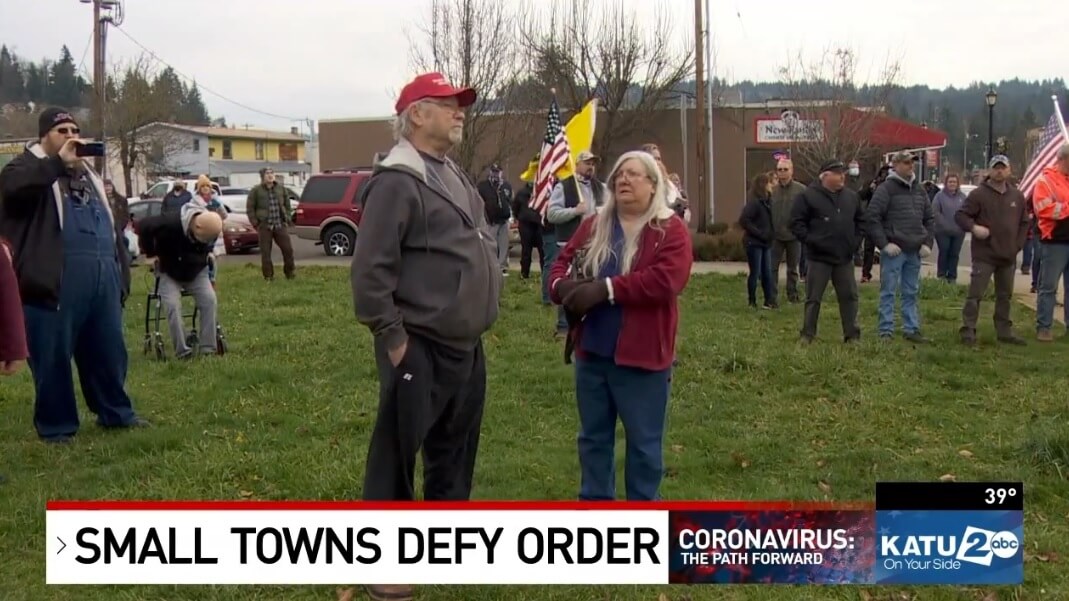 – The owner of three Clackamas restaurants (Caver Hangar, Eagle Creek Saloon, The Redland Café) has opened saying, “We know OSHA will come and fine us and move to close our doors. But we can no longer stand by and watch our employees that have become our extended family suffer”

– Nautilus Plus fitness center in Oregon City and Any Time Fitness in Central Point has re-opened.

– Little Brown Hen in Florence has re-opened and been fined.

– Broken Glass Bar in Eugene opened up saying, “Broken Glass Bar is in trouble!! Yep you heard it here first. We have no choice, we are opening up!! I can not stand silent and allow my business to silently slip away. I understand the consequences of such actions, but losing everything I have worked so hard for is not an option. Not everyone will understand or agree, but you are not paying the rent or bills of this bar”

– Black Bear in Madras has re-opened

– Cowboy and Angel’s Place in Elgin has re-opened, Teri Fuhrman, owner of said her restaurant opened three weeks ago with backing from the People’s Rights Network. “The most important thing is trying to keep from losing the restaurant. Takeout … doesn’t work for keeping the doors open and trying to keep somebody here. And you’ve got three restaurants and then you’ve got the drive-thru here in Elgin — we’re all struggling.”

– Kevista Coffee in Bend has re-opened.

– Another coalition Open Oregon has formed to track the re-opening efforts.  Visit here.

-Here is an interactive map from Restore Oregon.