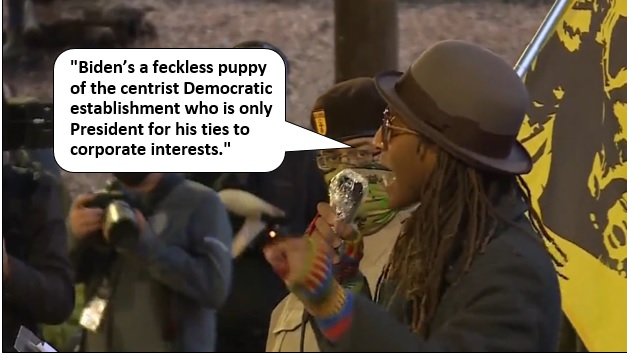 An Inauguration Day protest sponsored by many liberal groups (Union, LGBT, teachers, churches, environmental) part of the Defend Democracy Coalition was at Portland’s Irving Park and spoke out against the newly elected President Joe Biden.

Here was another speaker critical of Biden. 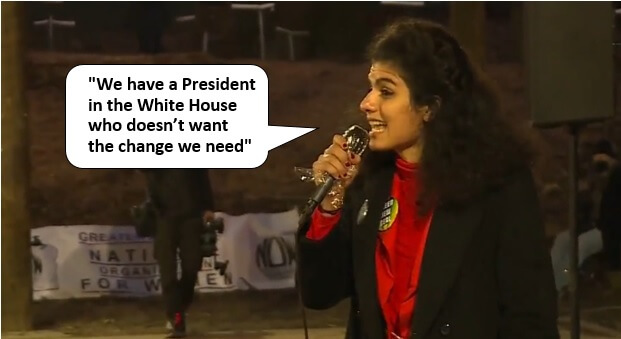 Speakers spoke on a wide range of issues including racial justice and abolishing police.

This woman bore a sign demanding $600 week for all. 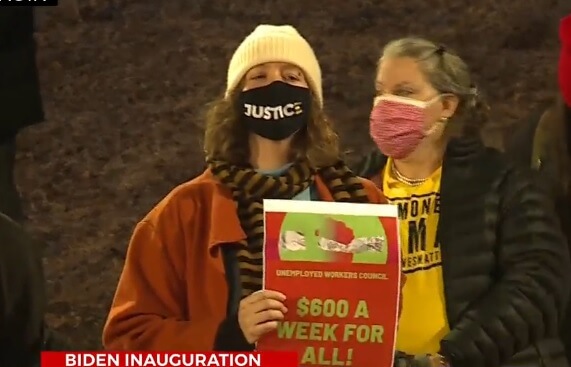 Quotes from the protest provided from a KOIN-TV 6 News video (which has since been changed at 7:00 EST).