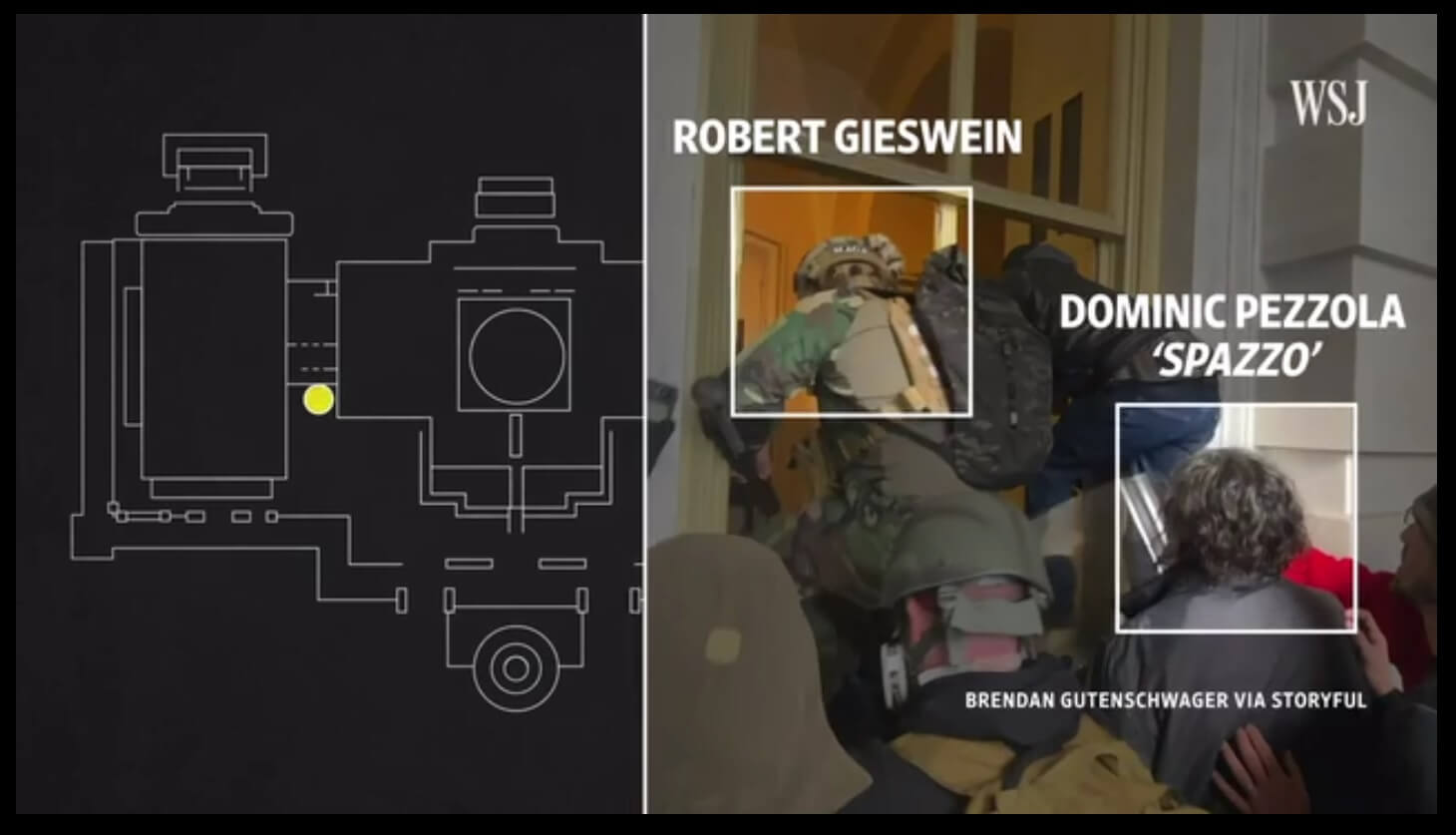 This detailed Wall Street Journal video shows how at key breaching points of the US Capitol, Proud Boys members were at the front and even among the first to enter the Capitol building.

They were even at the Capitol and storming it before President Donald Trump spoke to the crowd which was held at another location.

It notes that a total of seven Proud Boys members have been arrested in the riots, making it the largest organization to have participating members be arrested.

This video, better than others, shows how organized criminal elements existed at the riot.