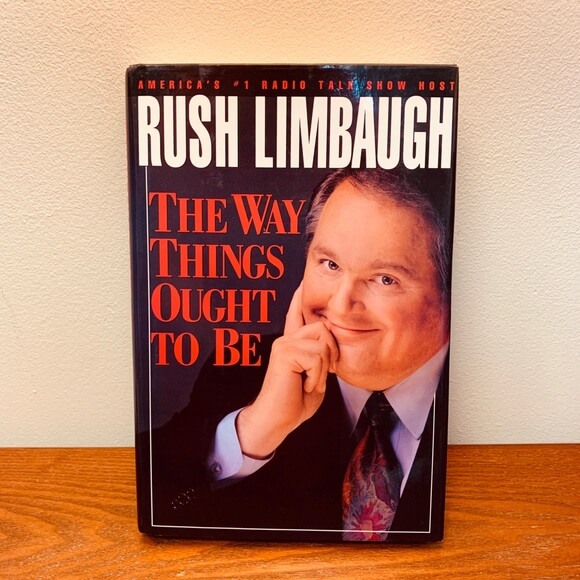 I was a freshman at Damascus Christian School when Rush Limbaugh’s then Sacramento-based broadcast was first picked up by an Oregon channel. School would get out before my father could pick me up on his way home from work. So I went home with Michael Tunnell, a classmate of mine whose father, Ross Tunnell, was a popular professor of theology at Western Seminary. By the time Mrs. Tunnell got us to their house, I’d hear the last fifteen minutes of Limbaugh’s new show, because Mr. Tunnell listened to it every day in his home office. When my dad arrived to pick me up, he would talk to Mr. Tunnell about what Limbaugh had said that day. Soon both of my parents were listening to this show too.

Limbaugh’s musings struck me as a breath of clarity. Two years before that, I had just begun tuning in to politics by watching the Iran-Contra hearings and reading Newsweek magazine. It was all new stuff to me, and I lacked an ideological framework to formulate meaning from a series of facts. Limbaugh introduced me to the dichotomy of liberal and conservative. Suddenly I had a worldview. I was a conservative.

I was also just a teenager, but this was happening to many adults as well. My parents had no coherent political worldview either until Rush Limbaugh convinced them they had been conservatives all along. Up to that point, they were Democrats, because that’s what all blue-collar voters tended to be back then, and my parents voted for whomever their union told the members to vote for, which of course tended to be Democrats.

When I heard Limbaugh explain that Newsweek was a liberal publication and U.S. News and World Report was the conservative alternative, I switched. That introduced me to more high-brow conservatives like John Leo, David Gergen, and Mortimer Zuckerman.

Over the years, my understanding of public affairs would grow beyond the narrow bounds of Limbaugh’s simplistic formulation. In my senior year of high school, I did something few conservatives do, I enlisted in the Marine Corps. Later that year Limbaugh published The Way Things Ought to Be. Russell Fullman, another high school friend, sent this book to me for a Christmas present. I read it while getting my MOS training with the Infantry Training Battalion of the School of Infantry. Though I had spent less than a year in the Corps, Limbaugh’s flowery praise for what the military can do stood in contrast with the “hurry up and wait” inefficiencies I saw. Conservatives who have not served have a tendency to romanticize the military, but many of those that have eventually realize that it’s just another wasteful government agency.

Though I found Limbaugh’s chapter on defense policy questionably gushing in praise, I learned a lot from that book. I was only 18. Limbaugh’s first book was, in a certain sense, the first work of political philosophy I had ever read. It was a popular book, not scholarly, but The Way Things Ought to Be had a systemic approach that essentially packaged the Reagan coalition into a coherent framework of thought where national security conservatives, religious conservatives, and free-market libertarianism all fit together.

I was influenced by the advertisements during the commercial breaks too. I drank Snapple for example. Also, Hillsdale College ran ads on Rush Limbaugh’s show. If they hadn’t, I would have never heard of this remarkable liberal arts college in the middle of nowhere in central Michigan. Imagine a Reed College, but without any progressive students in attendance.

After getting out of the Corps, I went to Hillsdale, majoring in political economy, the school’s interdisciplinary public policy degree. Being immersed in the canonical works of political philosophy taught me that Limbaugh’s binary order of conservative vs. liberal misrepresented the true topology of ideology. There are three ideologies, not two: Classical Conservatism, a worldview the American Revolution fought against, Classical Liberalism, the Lockean worldview America was founded on, and Socialism, the Rousseauian worldview of the French Revolution.

The Hillsdale campus of the 1990s was the perfect place to discover the internal contradiction of Limbaugh’s conservatism. One might think a college lacking progressive students would mean homogeneity, but far from it. At Hillsdale, a deep divide fostered engaging debate among two different kinds of students that both rejected Socialism: traditionalists and libertarians, or the students that lean closer to Classical Conservatism vs. students that lean closer to Classical Liberalism.

This divide has become more and more salient decades later, but Limbaugh stuck to his facile paradigm. As a result, Limbaugh’s conservatism changed. He started his career as an advocate for the policies of Ronald Reagan and ended his career defending the opposite of Reagan: Donald Trump.

A reminder of Limbaugh’s Reagan roots can be found in a speech Limbaugh gave at CPAC in 2009. Limbaugh described conservatism as a preference for small government, low taxes, strong defense, free trade, and respect for the Constitution. So, in addition to having advocated for the invasion of Iraq, Limbaugh supported the most lasting of Reagan’s legacy: NAFTA and the WTO. Yet, a decade later, Limbaugh’s message to his listeners became Trump’s very different view that American military hegemony is for suckers and the Reagan trade agenda was a mistake.

And all these years I’ve watched my parents go along for the ride, and they never seemed to notice the difference. In Limbaugh’s transition from Reagan to Trump, the world’s most successful radio personality continued to teach me something. The political divide he spoke of was never grounded in an unmovable first principle. Limbaugh’s conservatism changed as America’s class divide changed. Limbaugh was no political philosopher. He was an entertainer. And his routine was class conflict.

Limbaugh packaged a worldview for America’s lower class. In this country, social status is determined by education, not income. In the Reagan years, America’s upper class was fashionably pink. So Limbaugh could embrace Reagan’s rejection of government intervention in the economy. In the Post-Cold War era, America’s upper class has found it fashionable to embrace markets. This allowed Limbaugh to embrace Trump’s big-government economic policies.

The pop politics Limbaugh spread was simply class warfare. What the elites favored, his market of listeners would tribally oppose. That was the final lesson Limbaugh had to teach me.

Limbaugh didn’t create that dynamic, and it will not go away after his passing. Limbaugh was just a gifted entertainer who had the talent to ride a wave of political realignment, something he had in common with both Reagan and Trump.