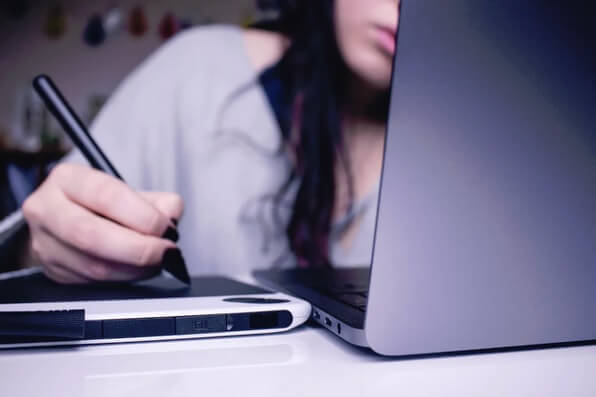 You may have seen news reports about student’s struggling and parents complaining about the distance learning programs used by the regular public schools in Oregon after the Governor shut down in-person classes about a year ago. What you haven’t heard a lot about are the many positive stories from kids who found success in Oregon’s 20 statewide virtual public charter schools.

Some of these students discovered they could focus better without distractions, teen drama, bullying, or other issues at a traditional brick-and-mortar school. Others like the freedom to learn at their own pace, or they have health issues, enjoy extracurricular activities and need the flexible schedule. These virtual charter schools were made for online learning and they’ve been around for a long time.

The problem for families who want to enroll their children in these online programs is that Oregon allows school districts to limit the number of students who can enroll in virtual schools if more than 3% of students sign up.

This legislative session a dozen measures have been filed which impact virtual charter schools in one way or another. Half deal with raising the enrollment cap from the lowest would be 5% the maximum takes the lid off entirely. When the initial law was adopted in 2011 not even the online schools thought interest from families would reach 3% of the population of most school district populations in the near future. Ten years later, in addition to technological innovations, no one expected a pandemic to force students to learn from home for a year or more.

It is doubtful none of the positive legislation to increase the enrollment cap will be adopted. But what’s more concerning is House Bill 2195, which would prohibit kids from enrolling in virtual schools if their brick-and-mortar school has “appropriate” online instruction. Of course the devil is in the detail.

There are currently 40 school districts listed by ODE as being over the 3% cap, and another 10 presumed to be reaching the limit. Some of these districts are small, which is to be expected. Others include larger ones such as Gresham-Barlow, Reynolds, Eugene, Springfield, Albany, Redmond, Pendleton, and Roseburg.

When COVID shut down the traditional neighborhood schools, there was a 54% increase in the total number of students attending virtual public schools (enrollment went from 14,026 in the 2019-20 school year to 21,573 in 2020-21 according to ODE). Still, that’s less than 4% of the 560,917 students attending K-12 schools throughout Oregon.

If you support families being able to enroll their students in the educational option that best fits their children’s’ needs, send a message to your legislators and encourage them to support lifting the 3% cap on virtual charter school enrollments.