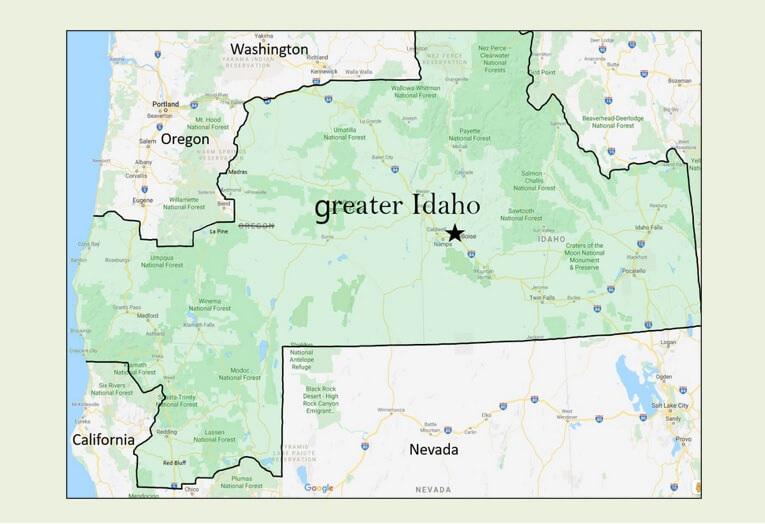 Rural Oregonians in five counties will vote May 18 whether to shed the blue-state shackles of their Democratic urban counterparts and join an expanded conservative red neighbor to the north, Greater Idaho.

Move Oregon’s Border organizers obtained enough signatures on initiatives to put the question on the May special election ballot in the Eastern and Southern Oregon counties of Baker, Grant, Lake, Malheur and Sherman, the Washington Times reported. Organizers also suggested conservative California counties might want to do the same.

Mike McCarter, president of Move Oregon’s Border, said the state lines drawn 161 years ago fail to consider the urban-rural cultural divide that exists in the state today. Highly populated urban areas determine the majority of congressional and state elected officials, he said. As evidence of the divide ignoring the will of rural residents, he pointed to the governor’s coronavirus restrictions, Portland’s riots, the state’s prioritization of minorities for receiving COVID-19 vaccines, and lawmakers’ favoritism of the Willamette Valley over less-populated parts of the state.

In November, voters in two Oregon counties approved similar measures to change the state borders while those in two other counties rejected them, saying unhappy Oregonians should just pack up and move to Idaho.

To move a state border, both state Legislatures as well as Congress would need to approve the change.