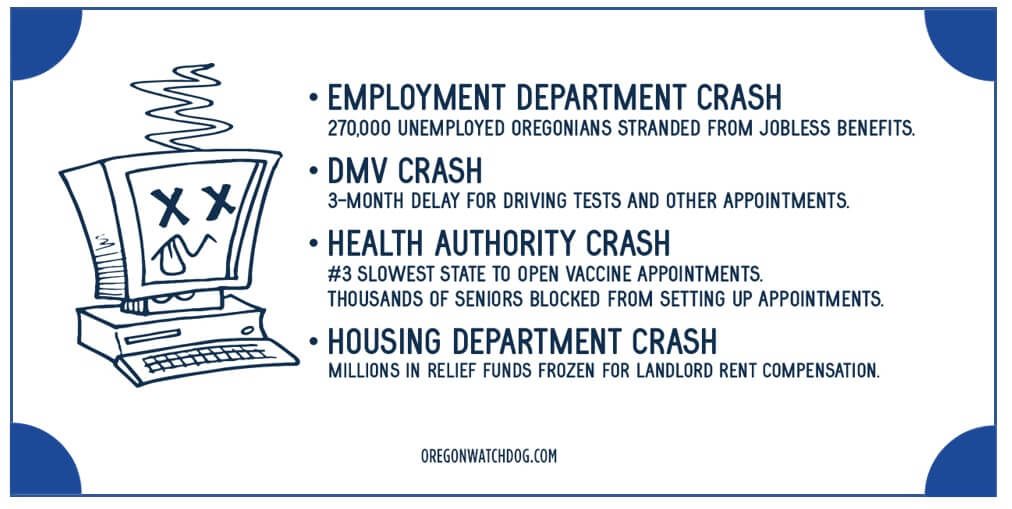 It is now our COVID-19 legacy that Oregon suffered four different computer system crashes during our state emergency.

We understand that all good systems are vulnerable to fail during unprecedented emergencies, but at some point, Oregon’s crisis look more like neglect and bureaucratic dysfunction than accidents of nature.