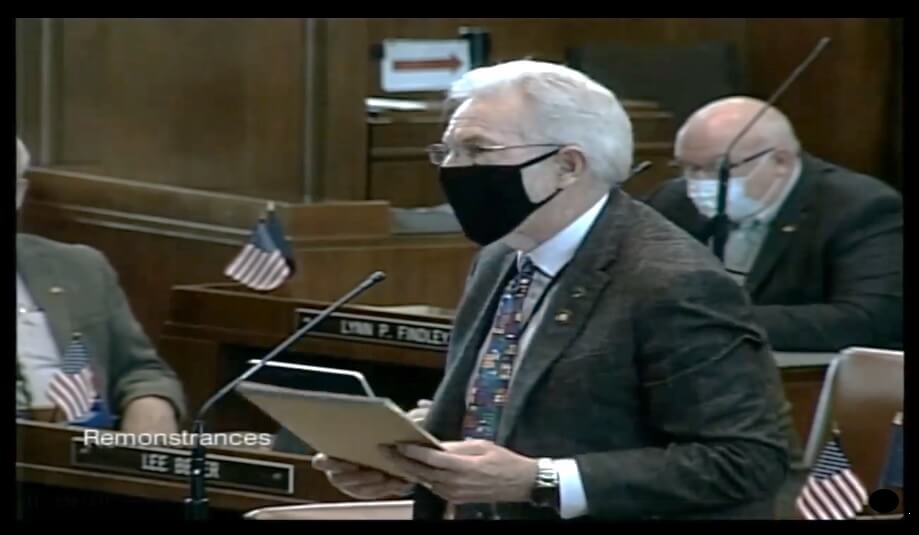 Yesterday, Republican Senator Dick Anderson of Lincoln City spoke on the floor about the urgent need to exempt stimulus checks from taxes.

Here is the transcript and video:

That means most American’s are starting to get stimulus checks of $1,400.

Unfortunately, after taxes, Oregonians’ checks will be smaller than most Americans.

Colleagues, as you are aware, Oregonians are sending part of their stimulus checks to the State. A loophole in the tax code is effectively taxing their Stimulus Checks.
According to the Legislative Revenue Office, an average family of 4 will be sending around $300 of their stimulus payments to the government in the form of income taxes. It is estimated that will raise over $100 million for the State.

That is just from the first round of $1,200 stimulus checks. The $600 checks from December and the $1400 checks that are arriving now are also being taxed. We can expect those to raise hundreds of millions more off the backs of working Oregonians.

Oregon is going to receive over $2.6 billion from the recently passed federal bailout, on top of billions we have already received from previous federal legislation.
Do we really need to be nickel and diming working Oregon families? Do we really need to raise hundreds of millions of dollars in taxes off the backs of struggling Oregonians?
I believe that would be wrong. That is why I introduced SB 842, The Stimulus Check Protection Act. Stimulus money is meant to help people when they most need it – not to pad state coffers.

This is a bipartisan issue. Congressman Peter DeFazio has supported this fix.

Let’s keep stimulus money where it belongs – in the pockets of Oregonians.