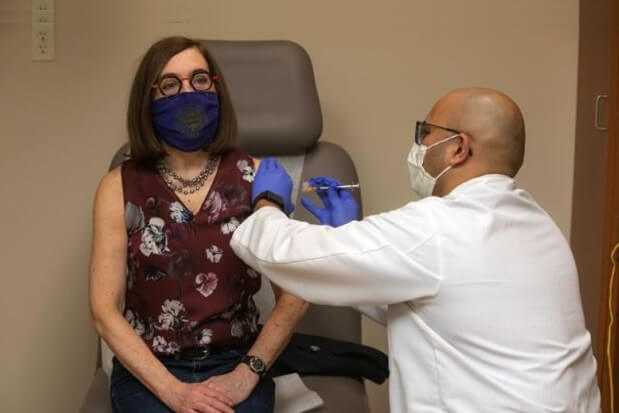 (Photo: When Gov. Brown cut in line ahead of her eligibility age to get vaccinated)

Socialist leaning and big government Europe mainland is stuck around 13% vaccination — France at 10%.

Europe is falling behind because their big government bureaucracy got in the way:

The pandemic is proof positive that the Free Market helped save lives while the big government bureaucracy produced big failures, costly delays and setbacks that put people’s lives at risk.

Here is how we compared to socialist-leaning Canada some six weeks ago. 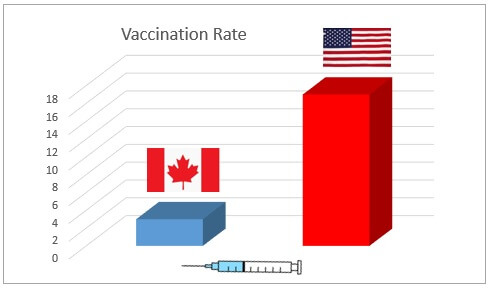