“Signs of Atonement” By Bridget Barton
This article provided by Oregon Transformation Newsletter.

Most Oregonians are starting to feel it in their bones. If you live outside the urban core, chances are that you too avoid the downtown areas of Portland like the plague, not because of COVID, but rather because of the rising crime and alarming filth. But sooner or later we all get a view of the hell that too many of our homeless citizens live in every day. Sometimes we see it from the highway as we drive to the airport and up into Washington. Sometimes we see it on the west side of downtown if we have to get to an appointment with some professional, maybe a doctor or lawyer who hasn’t abandoned ship yet like so many of their peers. Or maybe there’s a store we need to visit on the east side of town.

Walking through these camps is a whole different experience from a drive-by: depressing, dangerous, sad. 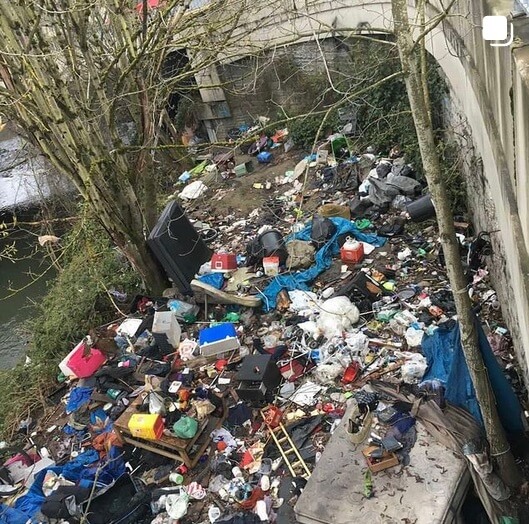 And homelessness is by no means confined to Portland. It’s spreading over Oregon just like a virus. Every major city, even smaller communities, and into the travel corridors that connect us. 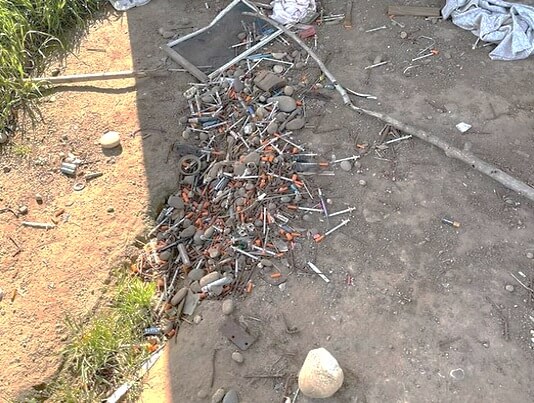 For many months the media tried to put a happy face on the problem … “It’s not really that bad, it’s only a few areas, I feel safe in my neighborhood.” These were common claims, whistling in the dark. The Portland Business Journal just published stories about a dozen individuals’ positive experiences making their home in Portland. Nice marketing effort. But then in mid-March the Oregonian finally called it for what it is. Their headline: Stumptown to Dumptown. Finally. The hard truth. 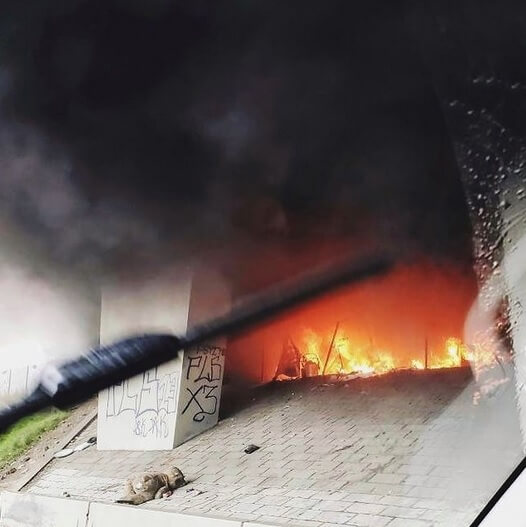 The next difficult step is realizing that we can’t keep going like this. Oregonians treat feral cats and stray dogs better than they treat the thousands of addicted and mentally ill poor souls on the streets of their cities. The Ernest C. Swigert Animal Shelter looks like the Taj Mahal compared to facilities designed to care for these suffering addicts.

We’ve spent the last 35 years reelecting and funding the same people who have continued to intensify this problem, which is now spiraling out of control completely. That, as we all know, is the definition of insanity – doing the same thing over and over and expecting different results.

But before we get to solutions and action, we’ll have to come to terms with our own reactions to this massive breakdown in government. Why have we allowed this downward spiral, and more important, are we really prepared to make necessary changes to fix it? Are we finally ready to admit this is awful, and getting worse? Are we ready to try a new direction?

Recently some old friends gathered at a lovely home in the Irvington neighborhood of Portland for lunch after the long COVID lockdown. The neighborhood was tree-lined and quiet. Signs handmade by neighborhood children hung over the street and assured passersby that “we can do this.”

For the well-employed typically youngish families lucky enough to live in these neighborhoods, lucky enough to send their kids to private schools or pay for local pods, lucky enough to look past the filth as they go about their lives, so far the answer has been to accept the never-ending promises of the reigning majority. Or the answer has been to throw literally hundreds of millions of tax dollars at so-called “affordable housing,” which is completely irrelevant to the homeless addicts on the streets of our cities.

They’re addicts. They can’t take care of a house, hold a job, pay bills, nor do they even want to try. They want to live apart and do drugs.

In defense of these ever-hopeful voters (although 30-plus years is an insanely long time to keep hoping) in most of the past few elections, no real options on these issues were offered to them. Just the same political party and the same requests for money.

But in the last year, since riots tore apart our city streets and COVID cleared them of workers, shoppers and diners, the homeless numbers have mushroomed. Since last fall when Oregon voters legalized the use of heroin, meth, cocaine and other hard drugs, the word is out.

Now Oregonians are beginning to see the full consequences of their choices; they’re beginning to feel it in their bones. At night, when they tuck their children to sleep in their tranquil neighborhoods and lay their own heads on their pillows, they can feel the problem slipping one step closer in the dark of night, one block closer, one tent closer.

And so, they post their signs, especially in these most affluent neighborhoods. You’ve seen them: “We believe … ” They’re a signal to others, a virtue signal. They might as well say, “We really mean well. We really want to be good people. We didn’t really mean for this to happen. We feel bad that we’re so rich and the poor and homeless are lying all around us.”

They are signs of atonement. Signs of atonement for decades of bad policy decisions. But in this bitter era, there’s something not-so-neighborly about posting a sign in your front yard proclaiming your moral superiority over your neighbors.

It should go without saying, most people do want to be virtuous; they want good things for their neighbors.

It should also be clear by now that the majority’s voting decisions, on so many levels, have not achieved that result. Faced with literally mountains of evidence, in the form of garbage, excrement, needles and empty bottles, maybe it’s time to take down these signs of good intentions, these signs of atonement, and get on with a real change of direction. Actions speak louder than words.

Photos: Check out this Instagram page that chronicles the current conditions in Portland. Also click on this link to see short clips of our recent visit to areas around Portland.