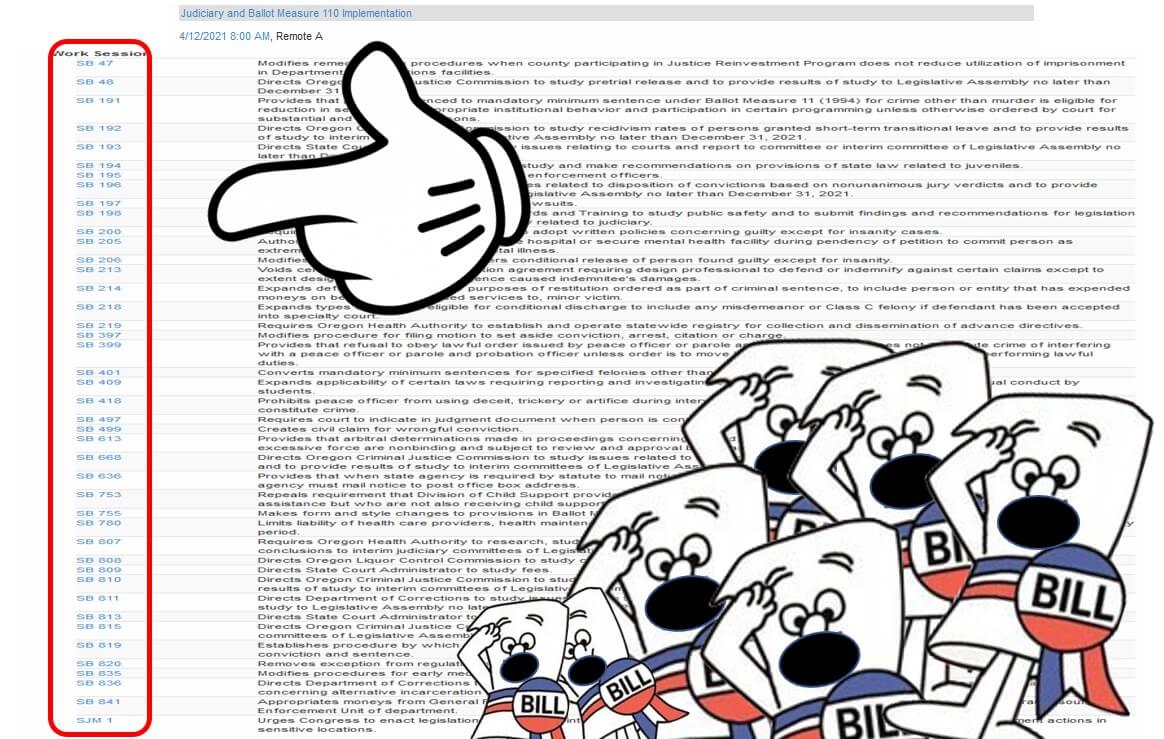 We are on reporting part 5 on this article because the politicians keeping cramming bills into hearings at an alarming rate.  As of today, the Senate Judiciary Committee is scheduling 43 bills into a single day’s hearing on Monday April 12th.  All scheduled for a vote and vulnerable to amendments making it hard for citizens to track and follow.  This week one bill had its amendments not made publci until just before the hearing making it impossible for lawmakers read the bill and accurately study its effects.