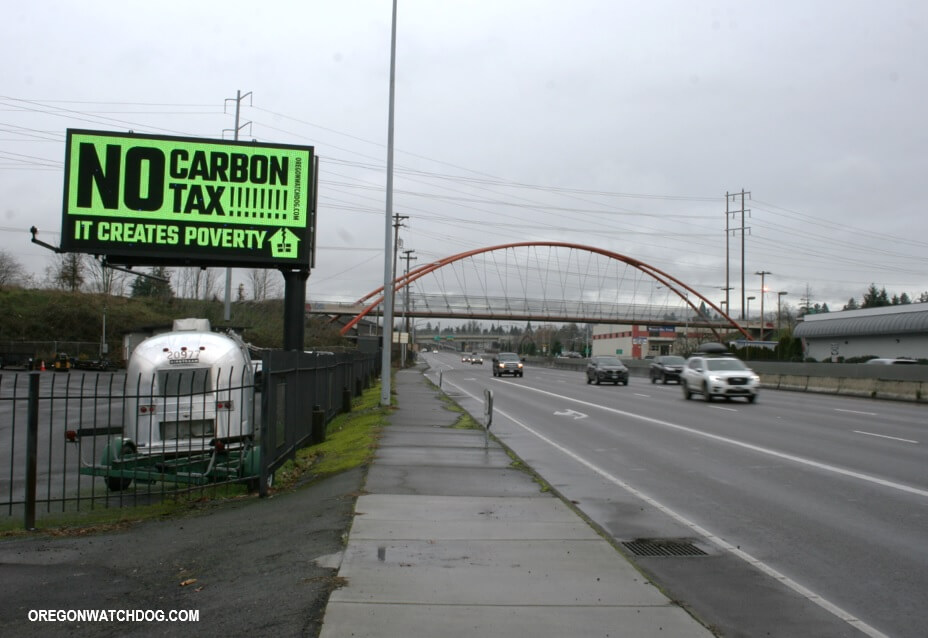 (photo of our 2020 Carbon tax billboard campaign)
By Taxpayer Association of Oregon
OregonWatchdog.com

Last minute amendments to HB 2021 would dramatically impact Oregon electrical utilities.  This (-5) amendment would reduce baseline emissions by 100% by 2050.   With the amendments coming by surprise and with next to no analysis, we must look to California’s carbon reduction models for its impact and because Oregon often cites and models its carbon schemes upon California.  Based on 2021 reports, California’s model has cost electricity ratepayers 45 to 80% higher costs.  This could be what is in store for Oregonians.

The minority party cried fowl over the hidden tactics to keep the details of the bill secret:

“A bill amendment to replicate part of cap-and-trade, one of the most contentious legislative issues in recent years, was drafted and then discussed during a committee hearing without ever providing the langue to the public beforehand or knowledge that it would be discussed during the committee”

The House Energy and Environment Committee allowed public testimony on an unpublished amendment to HB 2021, sweeping legislation that seeks to impose costly regulations on at the state’s supply of electricity. Special interest groups testified at length in support of a “-5 amendment” that was not made publicly available to everyday Oregonians. Republican lawmakers on the committee received the draft language at 11am during session before the 1pm hearing, leaving them little time to read the amendment” 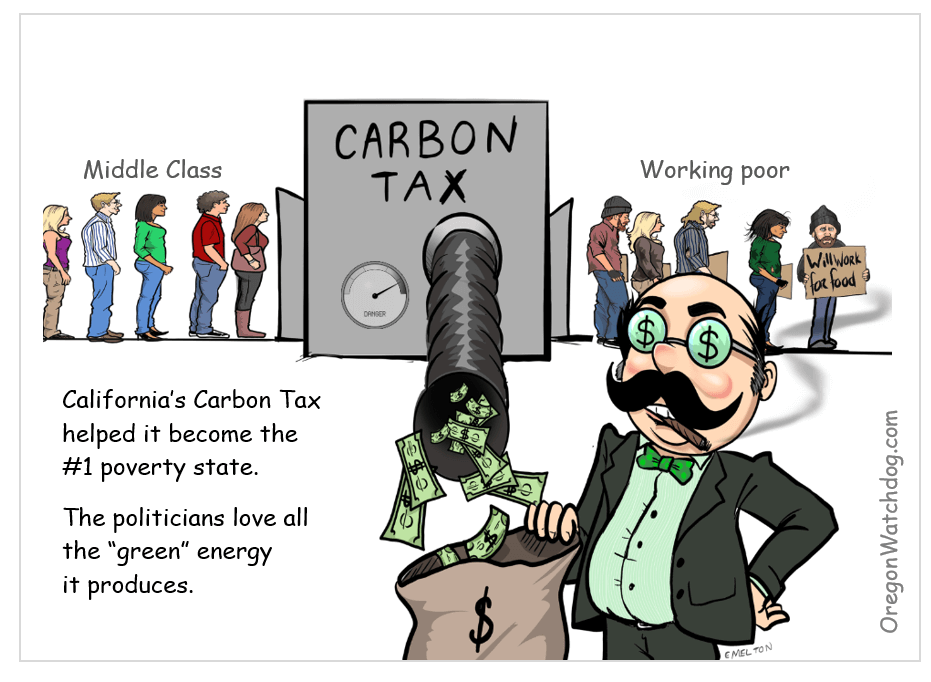