After facing criticism earlier today, The Oregonian removed a tweet identifying the victim of a Portland police shooting as being white. The original tweet included his race due as part of an attempt by the company to prevent “social unrest prompted by police shootings of Black people.” 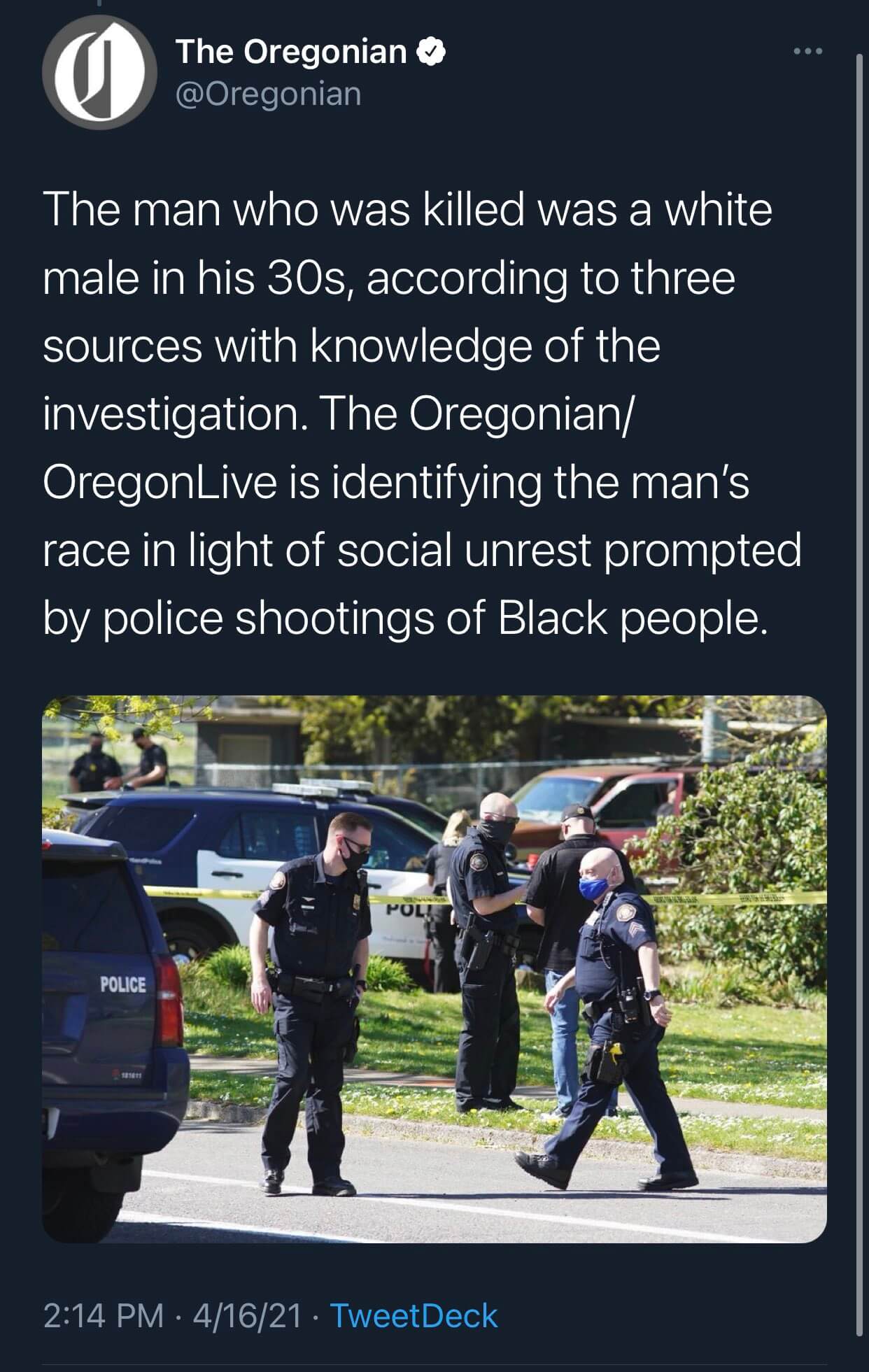 The Oregonian offered a statement claiming they didn’t seek to minimize the victim’s race. The paper has yet to comment on why they believe any news of a police shooting that didn’t cite the victims race would immediately prompt “social unrest”.

We included information in an earlier tweet about why we identified the victim’s race that was poorly worded. It was not intended to minimize what happened, only to provide context. We generally do not identify race in news stories but often do when reporting police shootings.