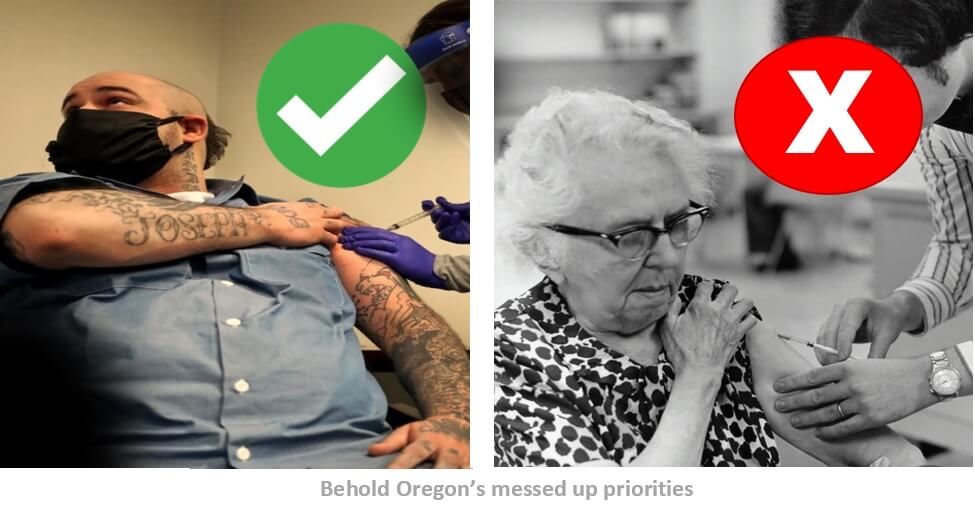 By March 11th the State of Oregon announced that all State prisoners had been vaccinated or been offered vaccinations.  At the same time, Oregon’s highest risk category, seniors, were estimated at at a vaccinate rate of 50%.

The reason prisoners jumped ahead is because a judge discovered that our prisons were poorly managed ordered prisoners to be vaccinated immediately.   First, our prisoners are mismanaged because of Oregon’s bureaucratic mess.  Second, Governor Brown refused to challenge and appeal the decision.  Apparently, Oregon State Government which is famous for suing to get what it wants, decided that a pandemic and seniors were not a priority matter to waste time with a challenge.

Additionally, only Oregon and Idaho put teachers above seniors in the vaccination line — even though many teachers would not be in a classroom for nearly another month.  Combine this with the fact that Oregon has been rated among the slowest vaccine delivery states in the nation.  All three factors contribute to seniors being pushed down the list and likely cost the lives of Oregonians due to the delay. 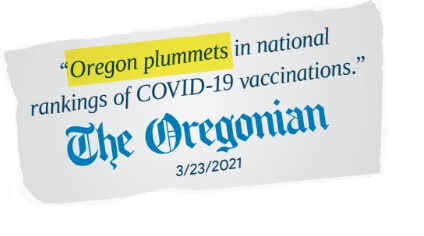 People should now about this scandal and hold our elected politicians accountable.