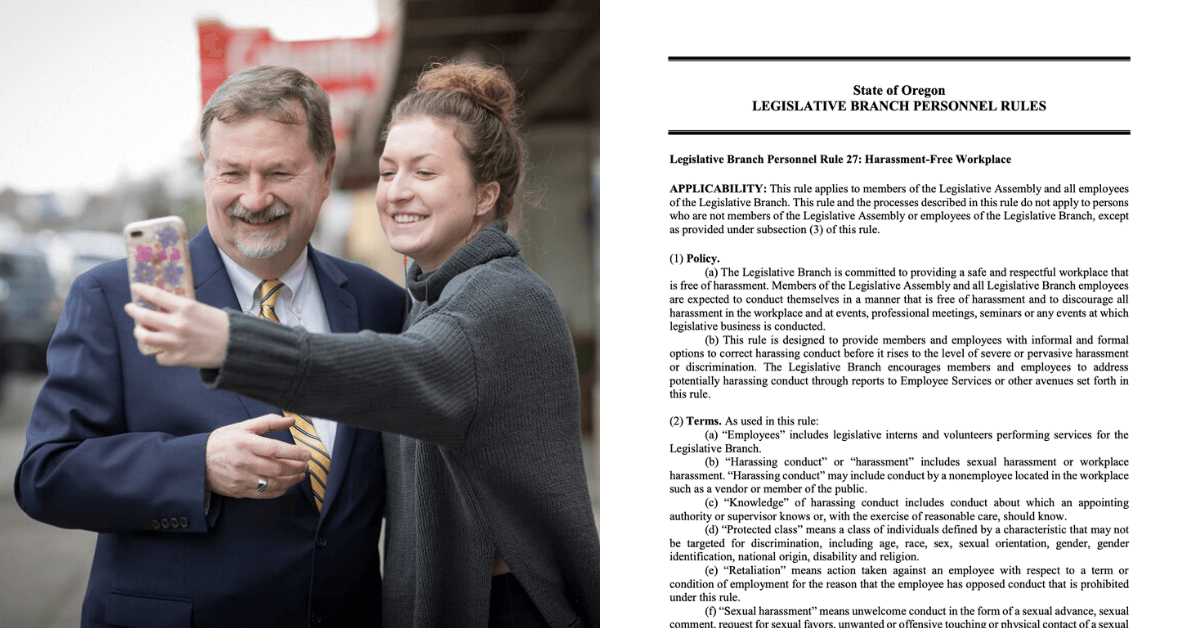 Last week, she followed the Oregon Legislature’s Rule 27 process by filing a complaint through proper channels. In response to the complaint, the House Conduct Committee met with the supposed purpose of putting in place a safety plan. This safety plan was to ensure no additional harassment could occur during the course of the investigation.

Democrats on the Committee moved forward with a safety plan that did not remove Rep. Witt from his chairmanship of the House Agriculture & Natural Resources Committee, where Rep. Breese Iverson is a member. Specifically, Chair Fahey did this against the recommendations of non-partisan staff who handle the process of these incidents.

Democrats still have not acted to remove Rep. Witt’s gavel permanently. They have yet to remove him from all committees as they did when former Rep. Diego Hernandez was accused of sexual harassment. Instead, Democratic leaders allowed him to save face by voluntarily giving up his gavel.

I think the handling of this process has been profoundly wrong, and the reasons behind why are purely partisan.

Rep. Brad Witt is a powerful, vulnerable incumbent who barely won re-election against a poorly funded Republican challenger. They know that losing Witt in 2022 could mean the loss of their nearly all-powerful House Democrat supermajority.

It’s easy to see the hypocrisy. Over the last few months, the Rule 27 process was enforced against another Democrat: Diego Hernandez. That situation could have played out the same as Witt, but it didn’t, and there is a key difference. Herandez’s seat was never in play. No matter who was appointed, Democrats would hold it.

The process played out against Hernandez because he appeared guilty and didn’t risk the supermajority.

Meanwhile, Brad Witt is still considered innocent by the media, most lawmakers, and most who work in public policy. I know that because there has been no parade of statements calling for him to resign, no search by the press to corroborate the story or investigate other victims, and no indication that his gavel (and therefore his influence) is at any permanent risk.

Everyone knows how it looks if they take his gavel. Instead of following the process, Democrats have taken the partisan scenic route, cutting a deal to provide damage control. There is no way Democrats on the House Conduct Committee would vote to allow Witt to keep his gavel unless they knew he would give it up voluntarily. The process was a sham.

Democrats will do whatever is necessary to protect their supermajority. This week they defended that supermajority at the risk of losing a no-tolerance stance against sexual harassment in the workplace.

When Donald Trump was President, I heard a lot from Democrats about protecting our democratic institutions from corruption.

Now I have a question for Democrats. How strong are those institutions if they can be watered down and adjusted to fit the needs of a Democratic supermajority?

My hope is that when Rep. Breese Iverson is vindicated and Brad Witt resigns in shame, Rule 27 will be reformed to resist attempts to influence the process by the powerful or the partisan.

At this moment, the flexibility of Rule 27 is not a bug. It’s a feature.