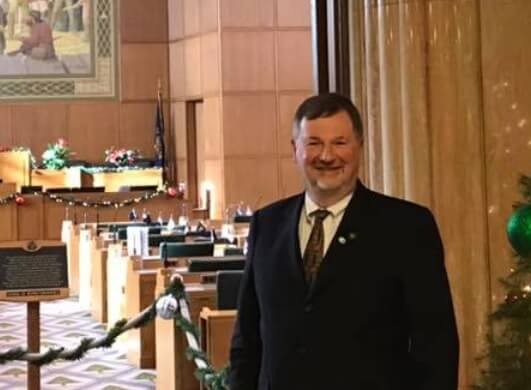 Last week, she followed the Oregon Legislature’s Rule 27 requirements, filing a complaint through official channels. In response to the complaint, The House Conduct Committee met with the supposed purpose to put in place a safety plan. This safety plan was to ensure no additional harassment could occur during the course of investigation of the incident.

Democrats on the Committee moved forward with a safety plan that did not remove Rep. Witt from his chairmanship of the House Agriculture & Natural Resources Committee where Rep. Breese Iverson is a member. Democrat lawmakers did this against the recommendations of non-partisan staff who handle the process of these incidents.

“I felt betrayed when arguments were made to oppose the recommendation to remove Representative Witt as Chair. In thinking of the interactions that would be required of us, I knew the restrictions would not be enough to ensure my safety from his inappropriate advances. I am thankful for the action that was announced today to correct that decision and appoint a new Chair for the time being.” – Rep. Vikki Breese Iverson

There has been no action yet  to act on removing Rep. Witt’s gavel.

As with any public figure, Rep. Brad Witt is innocent until proven guilty, especially since the investigation has just started.