Stan Pulliam (Mayor of Sandy), has won our first Republican Governor Primary poll of the 2022 cycle with 45% of the vote. Pulliam benefited from a coincidental launch of his exploratory committee during the same week of our poll. Bud Pierce rebranded and re-launched his campaign the week before our poll. 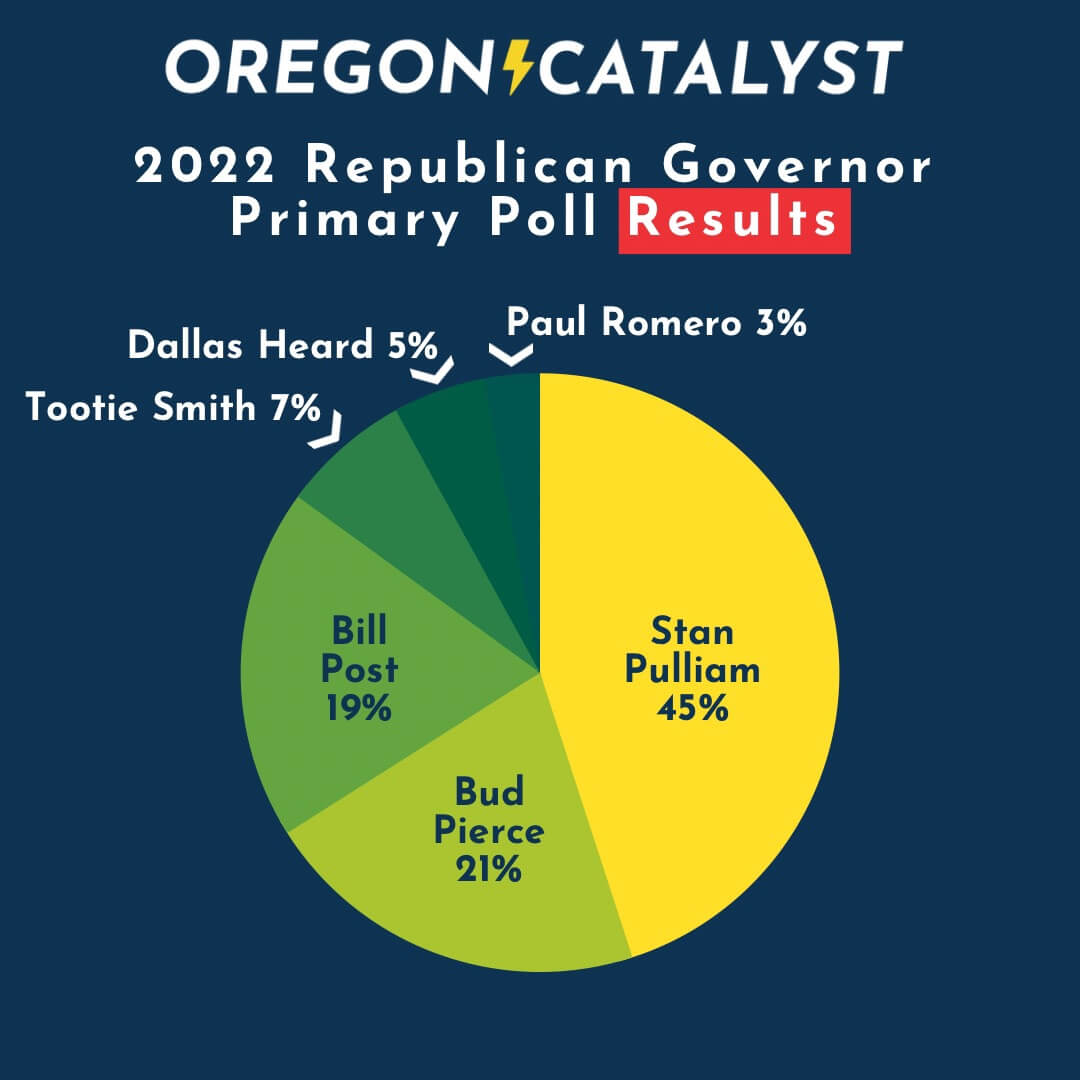 Bud Pierce came in second with 21%. Bill Post, who has publicly considered a run for higher office, got 19%. Tootie Smith, Dallas Heard, and Paul Romero round out the remaining rumored candidates with 7%, 5%, and 3% respectively. Romero announced his run several months ago, but hasn’t yet gained much traction.

We expect to do another poll in the near future with an updated mix of candidates.

Note: This is not a scientific poll. It’s a survey of self-selected Republicans who are likely more informed than the full Republican electorate that will vote. It’s also more than one year away from the May 2022 primary election.