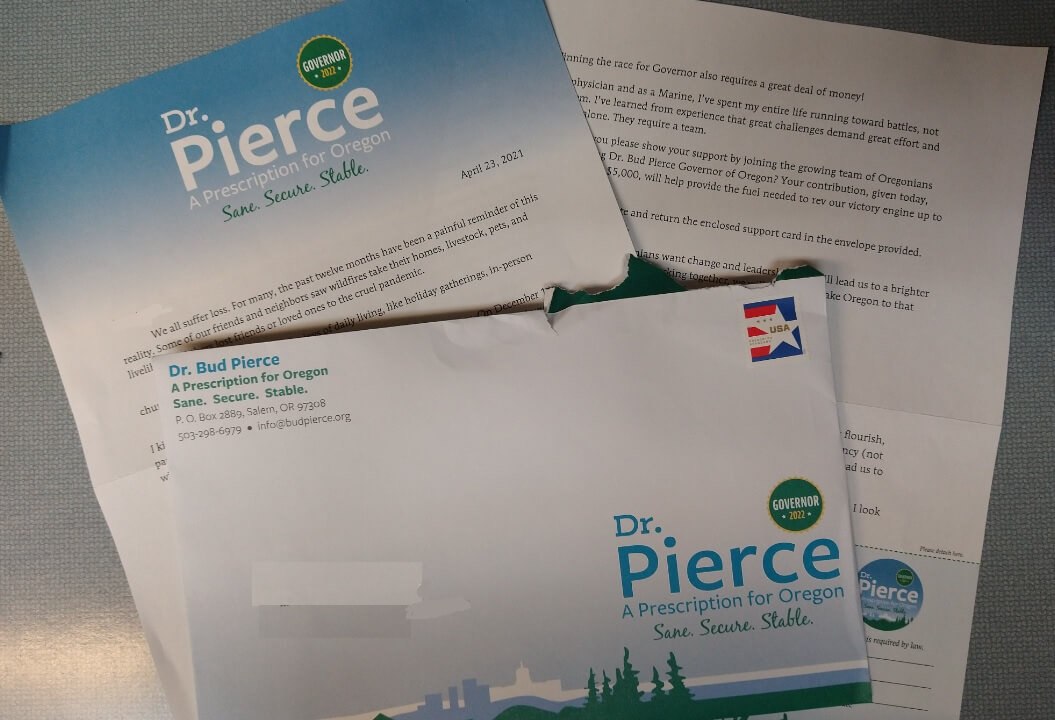 I received a nice triple color fundraising letter from Oregon GOP candidate Bud Pierce. You know when you get a unique stand-out triple color letter from a candidate you know they aim to impress…. and you also know that there is a money machine behind it.   In this case, $310,000.00 in the Bud Peirce for Governor PAC.

The letter also reveals his slogan which is “Dr. Pierce. A prescription for Oregon.” and the byline “Sane. Secure. Stable” We must consider how off balance Oregon has become when candidates run on being “sane” and “stable”.

The letter speaks to the issues that Bud Pierce plans to run on. The issues in the letter all stem from Portland; Portland “buildings are boarded up”, Portland is “unsafe” due to crime, Portland “business have relocated” and Portland “homelessness…many public spaces unsafe for public use”.

Portland is not a bad issue to run on since many non-Portlanders are afraid to drive through the city.

The letter is also important because Bud Pierce was the first to announce his run as a Republican candidate for Governor.  Then family tragedy struck.  It was unknown what would happen next to this candidate who had previously been the GOP nominee in 2016.   The letter reaffirms his candidacy.

— We’ll update you on further candidates announcements that are newsworthy.