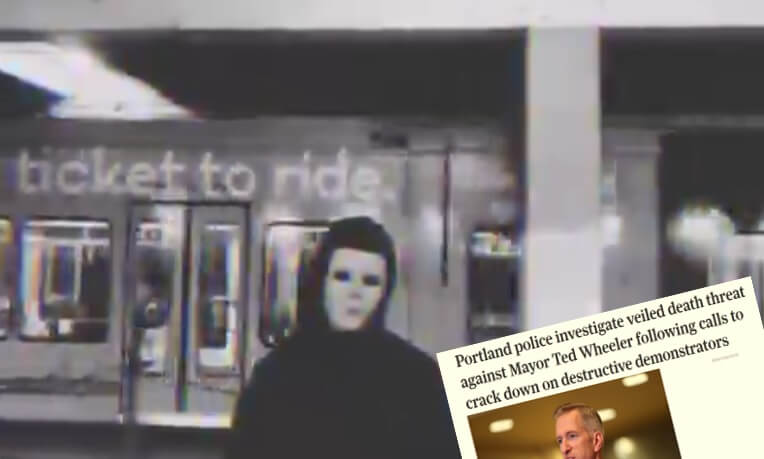 Portland police and FBIare investigating threats to Portland Mayor Ted Wheeler after he declared a state of emergency over the riots last weekend.  Journalist Andy Ngo shows below the video message.  It is key to understand that even in the video the anarchists declare ideals to eliminate all mayors as a form of government leaving no doubt as to their intentions and goals.  The video warns of escalating destruction and provides the address of Mayor Wheeler.

Here is the disturbing death threat video being shared online by #antifa that caught the attention of the FBI. There is now an active @PortlandPolice investigation. I have censored the part that includes a home address of Mayor @tedwheeler. pic.twitter.com/VePw8zdjLt