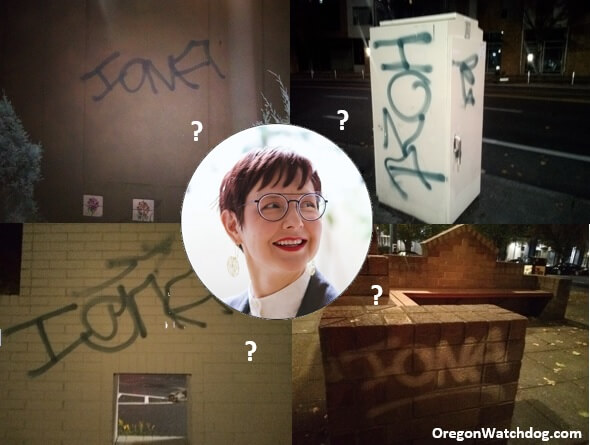 Portland protesters rioted on Halloween night in NE Portland and destroyed several business windows and flooded the area with graffiti.   One of the more common graffiti scrawlings made at the riot area was “Iona” which is suspected to be short for Sarah Innarone — the Portland Mayor candidate.   Innarone actually has self-identified as the Antifa candidate.

Sarah Innarone is running against Portland Mayor Ted Wheeler who has been a frequent center for the rioters attacks.  That night they handed out free Ted Wheeler masks to wear. 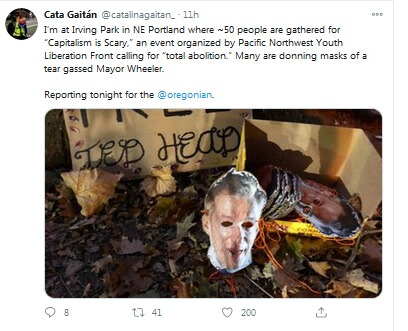 Here is one more Iona tag with two window bashing holes next to it. 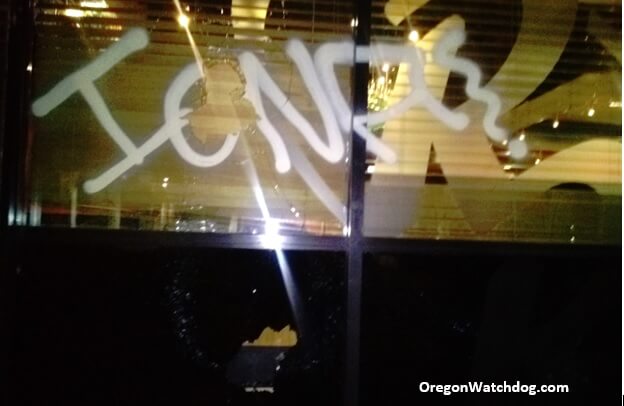 Give us your thoughts on this theory and offer an alternative one if you have one.