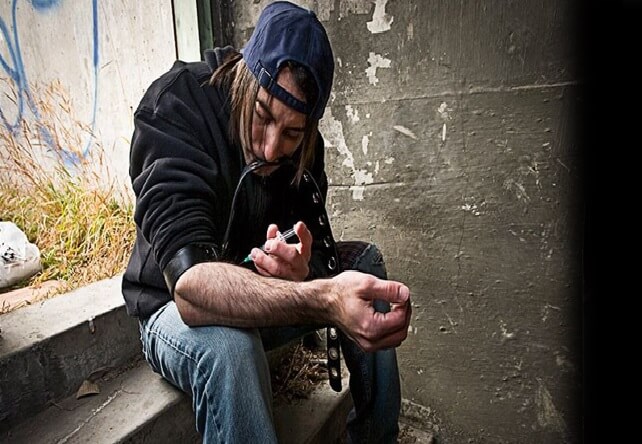 George Soros and His Acolytes: Experts in Buying and Selling Misery
by Jim Pasero
This article provided by Oregon Transformation Newsletter.

While there hasn’t been an event the scope of WWII in our generation, baby boomers in the last 20 years have seen our share of generational catastrophes: 9/11, the 2008 global recession, and the COVID pandemic. But none of these 21st century disasters compare to the deterioration of civilization taking place in front of our very eyes on the streets of Blue America, in the major cities on the East and West coasts – and especially our Northwest cities, Seattle and Portland.

So far, the resolve of our generation to deal with the problem of thousands of drug addicts and alcoholics camped out on their streets is low, very low. And what about millennials? They are AWOL for now, isolated and clueless, captives of their screens.

The generation in charge – the baby boomers – can’t handle the self-reflection that goes with defining and eventually solving the problem. The issue of addicted campers ruining our cities paralyzes baby boomers; it puts a big spotlight on the weaknesses of our generation, on our materialism, our lack of community, and our lack of spirituality. If the boomers had these strengths, like previous generations, we wouldn’t be so paralyzed.

The archetype for this paralysis is Portland’s mayor, Ted Wheeler. The man with his Stanford and Harvard degrees can draw up a white paper like nobody’s business, but does he have the strength of character to lead the city out of a catastrophic problem? No.

So while baby boomers remain paralyzed at one of the most defining moment of our lives, there are others ready to fill the leadership vacuum. Enter George Soros and his acolytes, eager to double down and convince the public of the dubious benefits of the mess they have purposely created.

One of Soros’ key partners in his fight against American civilization is government television, PBS.

PBS is now airing an eight-part series on Philadelphia’s Larry Krasner, the district attorney that billionaire George Soros first got elected in 2017. Krasner is the DA who fired 40 prosecutors on his first day in office and created institutional chaos inside the city’s justice system.

PBS describes the series: “Over the course of eight episodes, ‘Philly DA’ explores the most pressing, social issues of our time – police brutality, the opioid crisis, gun violence, and mass incarceration – through the lens of an idealistic team attempting fundamental overhaul from within the system.”

Idealistic? Only if you categorize chaos, disruption and destruction of American civilization as ideals. Philadelphia voters apparently did, but now they reap the consequences.

The series avoids hard questions about the radical, disruptive nature of Soros’ agenda, or the toll it takes on victims, or the iron hand that Soros wields across the country with beneficiaries of his massive web of NGOs and political funding. Anything closer to outright Soros propaganda would have required a disclaimer. It’s hard to believe there isn’t a money trail leading straight to his door.

PBS and the Soros acolytes haven’t stopped with this series. This month they turned their lens on Oregon and on recently passed Measure 110, which decriminalized hard drugs like meth and heroin across the state.

Soros and his acolytes are smart enough to know that once they financed passage of the measure, then they had to sell it. Putting a pretty face on this measure in the midst of the addiction crisis on Oregon’s streets requires effort, skill and the ability to completely overlook the truth. And lots of money. Soros has an endless supply of the latter. But if they don’t sell their myth, then the growing narrative that 40 years of progressive policies have made homelessness, addiction and crime on our streets much worse could become the dominant story.

The PBS NewsHour segment, “Exploring Oregon’s Decision to Decriminalize Hard Drugs,” opened by congratulating Oregon for its past innovative thinking. Said PBS’s Stephanie Sy, “Oregon has been on the leading edge of drug reform and, in November, became the first state to decriminalize possession of hard drugs.” She did not mention the addiction and homeless crises in Multnomah County.

Sy then turned a large part of the segment over to a true Soros disciple, OHSU’s Dr. Andy Seaman, a Portland “addiction specialist,” to explain to the nation why mandated treatment doesn’t work. A government doctor on government television.

Says Dr. Seaman about the Soros experiment, with as much progressive authority as the youthful doctor can muster, “Let’s try a different way instead of putting people in jail – taking away their ability to get a job, taking away their relationships, their housing – the very things that we know support either long-term recovery or substance use with less harm.”

Seaman continues, “Addiction is a complex neurobiological process that has a lot of social factors, relational factors. People can’t be told they have to quit, and be forced into treatment – it doesn’t work that way.”

This would be news to thousands of people living productive, happy lives in recovery after mandated treatment.

While the seven-minute segment does give Benton County DA John Haroldson some 30 seconds to counter the Soros propaganda, OHSU’s Seaman dominates the segment. He closes by explaining why you’d be stupid to fight a decriminalized drug future.

“Any time there is a transformational change, people are always going to say it is not time yet, and we need to do all of these things first. That’s been the conversation for the last 50 years.”

Not sure Oregon voters knew they were voting on “transformational change” when they passed measure 110 with 58% of the vote, but maybe they did. Our voters can be that myopic, especially when the measure’s sugar high of supposedly caring about the addicted felt so good, and was sold so easily by weaponizing the fortunes of Mark Zuckerberg and Soros.

Sy ends the segment with this note of Soros hope and caution: “Other states trying to find a way out of the failed War on Drugs have their eyes on Oregon. It’s an experiment where the stakes couldn’t be higher.”

If the stakes are so high, then why are the baby boomers so silent about the misery compounding around us? Not getting better, instead getting worse by the day. I think we know the answer to that. Ours is a passive generation, with profoundly self-centered moral pretenses – qualities George Soros and his acolytes do not share. They are selling their misery aggressively and with no moral qualms at all.