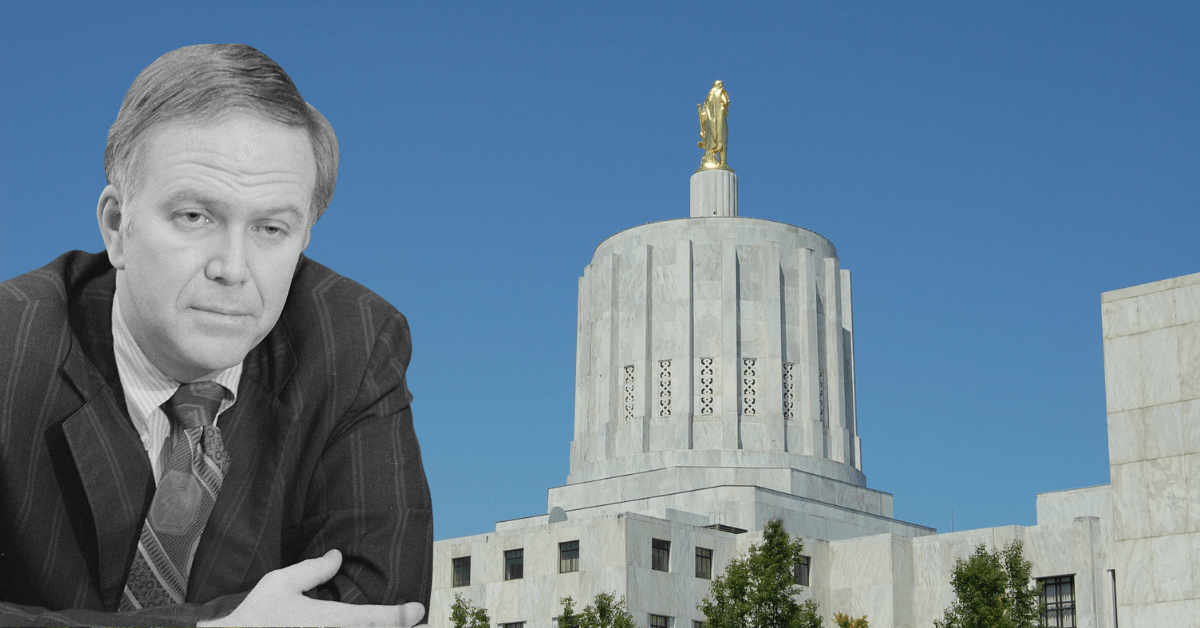 Former U.S. Senator Bob Packwood recently penned an op-ed lambasting the Oregon Republican Party for embracing “right wing” candidates and its continued failure to win statewide elections. Packwood is right that the Oregon Republican Party has continually failed its voters and also the state — that’s a gimme. But he’s deeply mistaken about the reason why our candidates keep losing.

In fact, the reason Oregon Republicans come up short is because we nominate candidates with the exact policy agenda that Packwood favors: generic centrism and social liberalism. Until the GOP drops its obsession with being “moderate” and starts introducing solutions to real problems that voters care about, we’ll keep losing.

Packwood’s general political diagnosis may be misguided but he’s certainly right about the dire state of the Oregon GOP. Fundraising efforts seem to be non-existent, the party has no paid staff, and candidate recruitment is lacking to say the least. While I served in the Trump Administration, colleagues would frequently tease me about some sort of embarrassment from the party that would make national headlines.

No matter if you’re a Trump Republican or a Packwood Republican the party has continued to fail you by allowing Democrats to roll over us in every election. Unfortunately, the party apparatus seems to prefer internal squabbles, posturing, and infighting rather than taking steps to hold the radical left accountable. But until we start winning elections the lackluster party infrastructure likely won’t change.

In fact, there’s no recent evidence that putting forward candidates that tout centrism and social liberalism will be successful. One can look no further than two of our most prominent recent state-wide candidates, Dr. Monica Wehby and Dr. Knute Beuhler, to see this thesis disproved.

Wehby, who ran against Senator Merkley in 2014, made social liberalism and centrism a highlight of her campaign. She ran as pro-choice and was one of the first Republicans in the country to come out in support of same-sex marriage. Wehby received significant national attention, raised large sums of money, and even flew in prominent figures like Senator John McCain to stump for her.

Unfortunately, Wehby ended up losing in a Republican wave year by 19 percentage points. In comparison, she even performed worse than Jo Rae Perkins who kicked-off her 2020 campaign against Merkley by making national headlines for touting the ridiculous QAnon conspiracy theory.

Buehler ran a similar playbook during his most recent run against Governor Brown. He ran as an anti-Trump Republican and publicly opposed the confirmation of conservative Supreme Court Justice Brett Kavanaugh. He also ran as pro-choice and had extensive messaging around his socially-liberal posture. Buehler, unfortunately, also came up short.

It’s hard to look at these two case studies and see how Packwoodism is a winning formula. On the reverse end let’s take a second to review the Oregon GOP’s only recent success on the state-level. That man is socially conservative, Dennis Richardson.

Richardson was clever during both his run for governor and secretary of state. He knew that while his socially conservative views might be unpopular with some swing voters, these voters care about kitchen table issues — not abortion. During both of his runs, Richardson didn’t highlight social issues or angle to be a generic centrist.

He didn’t brag about how “moderate” he was and instead attacked Democrats for their failures on the economy and rooting out corruption in Salem. And his strategy paid dividends. Richardson came within 6 points of unseating Oregon political juggernaut Governor John Kitzhaber and in 2016 defeated Brad Avakian to become Secretary of State.

Instead of the Packwood playbook, we should take a page from the Richardson playbook and talk about what really matters to voters. Why aren’t we talking about skyrocketing crimes and homicides in Portland? Or that Oregon boasts one of the worst education systems in the country? Or solutions to deal with the ongoing wildfire crisis?

These are issues that voters actually care about and if the GOP response is how socially liberal and moderate the party is we’ll continue to lose. Republicans need a real policy platform and dropping the guise of “generic” moderation” is the first step. Packwoodism may have been the winning solution in the 1970s and 1980s, but it isn’t today.

Alex Titus is Co-Host of the Oregon Bridge Podcast. He served as an Advisor in the Trump Administration and as Policy Advisor to President Trump’s Super PAC. You can follow him on Twitter @atitus7.