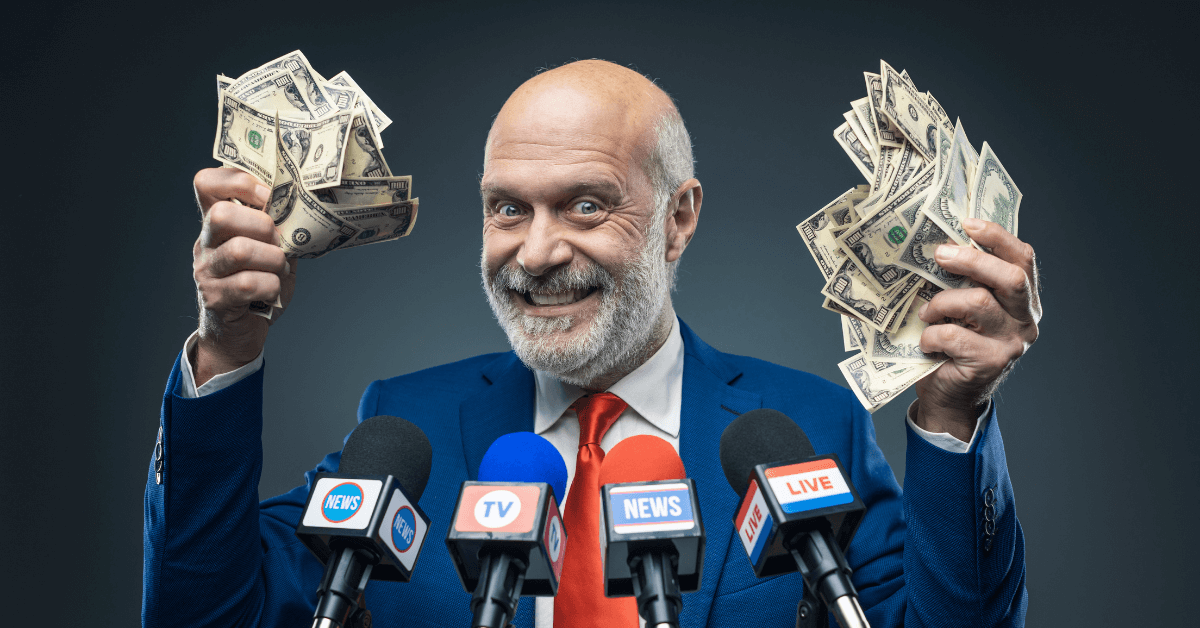 Imagine Damien Lilliard getting pulled at halftime in an upcoming Blazer playoff game to go make calls to season ticket holders — asking them to renew and upgrade their package. The outrage among fans would justifiably soar through the rafters. That’s not Lilliard’s job; it’s not what his teammates need from him nor what the fans want from him; instead it’d be a blatant abuse of sacrificing his talent for the profit of the organization.

Four years ago, John Oliver interviewed past and current U.S. Representatives to learn just how much of their time was spent governing for the people, rather than dialing for dollars in the name of partisan priorities. The interviews were eye-opening and depressing. One Representative recalled being pulled out of her first-ever committee meeting to go call donors. She had no time to do her actual job; the demands of the party–of the partisan industrial complex–were deemed more important. Another Representative disclosed that he was given explicit fundraising goals each quarter–goals that would require him to spend dozens of hours a week calling people he’d never met. A leaked sample schedule from the Democratic Congressional Campaign Committee encouraged Democrats to spend four hours a day in “call time,” fundraising for your own re-election and the re-election of your partisan colleagues.

Though lots of members of Congress talk a good game about campaign finance reform and placing their constituents first, any Representative that partakes in this system is merely a part-time public servant. Few elected officials have truly acted on their principles. Now former-Rep. David Jolly, refused to partake in call time; he stopped paying his “dues” to the Republican Party’s campaign arm. He rightfully realized that he’d never be able to live up to his word if he did not spend all of his time actually working to improve the lives of his constituents, rather than the likelihood of his personal success and that of his partisan allies.

Oregonians deserve full-time public servants. Whoever emerges as the sixth U.S. Representative from Oregon has the chance to do just that — to dare Oregonians to aid him or her in actually governing. Long before the undue influence of big donors and excessive partisan interests are eroded, we need bold individuals to set an example for what full-time public service can look like.

For too long, it’s seemed normal for even the staunchest proponents of good governance to play along in fueling the partisan industrial complex. We need to wake up and demand that our elected officials actually do their jobs.

I’d take a full-time public servant over a part-time politician any day of the week. Let’s hope that Oregonians elect the former and rebuke the latter come 2022.

Kevin Frazier grew up in Washington County then went on to graduate from the UO. He currently attends the Harvard Kennedy School and runs The Oregon Way.