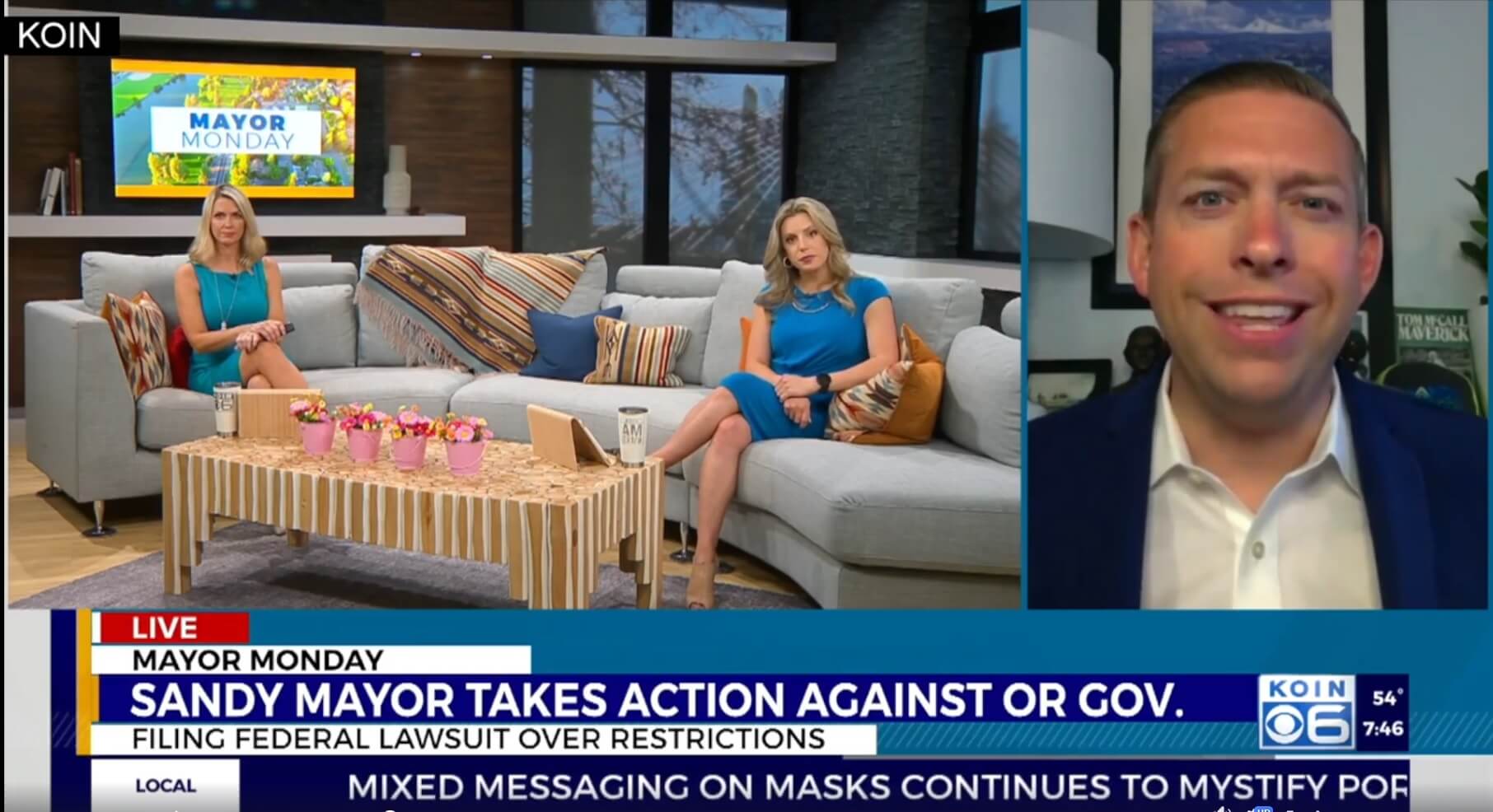 Sandy Mayor Stan Pulliam along with partners, Heart of Main Street, Oregon Mom’s United and many businesses such as Gresham’s Spud Monkey restaurant have filed a Federal Court lawsuit against Governor Brown’s abuse of emergency declaration powers by her endless extensions.   The lawsuit will include seeking government documents and data that teh Governor used to justify her decisions which seem out of sync with the rest of the country at this point.

Pulliam stated, “We’ve been under these lockdowns for well over a year now, and Governor Brown continues choking our Main Street businesses and local communities without providing any scientific evidence to support her radical policies. It’s time to open up Oregon 100%. The COVID vaccine has been available to those who want it for months now. There is no need to keep our businesses and our schools shut down while waiting for an arbitrary vaccination rate set by this tyrannical Governor.”

MacKensey Pulliam, board member for the Oregon Moms Union said, “Parents should not have to go to court to get their kids back to school. We’ve been given hope time and time again and each time our leaders have broken their promises and failed to get our kids back to school. Parents and kids can wait no longer. A governor’s powers in a state of emergency must be narrowly defined and temporary. Instead, they have been broad and ceaseless. It’s clear Governor Brown has no intention of relinquishing this absolute power herself, so we are forced to petition our judiciary branch to do it for her,” concluded Stan Pulliam.”