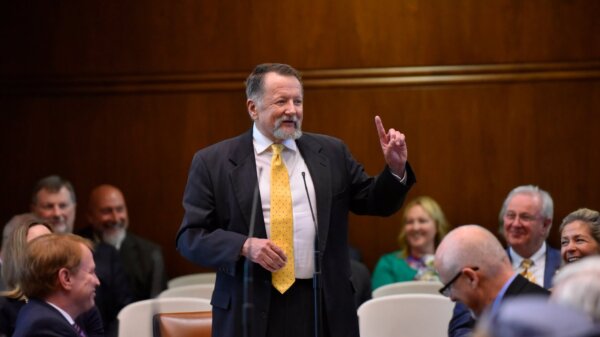 The vaccines for COVID-19 are incredibly effective. That is a big reason why most states in America are relaxing pandemic restrictions. Around the country, state legislatures are also moving to restore balance to government decision-making.

At a time when Oregonians are craving stability, Gov. Kate Brown’s out-of-control lockdown strategy is giving Oregonians whiplash. They cannot even plan their lives a week in advance. Meanwhile, for more than a year, the Democrat-controlled Legislature has sat back and allowed the governor to repeatedly send thousands of Oregonians to the unemployment line, failed to challenge policies that closed schools and stood by as business closures wreaked havoc on low-wage workers.

This pandemic has revealed that our state laws are a dangerous cocktail of unaccountability. The governor cannot run for re-election, so she isn’t worried about being accountable to the Oregonians who elected her. The Legislature could pass laws to check the governor’s powers, but Democrats haven’t because it’s easier to blame the governor for any unpopular pandemic-related response and escape responsibility themselves.

The result is a runaway train of unbalanced government decision-making that hurts thousands of workers. These same unchecked powers derailed our kids’ future by locking them out of school for over a year. The governor’s emergency edicts are still keeping families in limbo with a hybrid model that lowers standards and fails to meet the needs of too many Oregon students.

The latest example of this unaccountability is the short-lived lockdown that just ended. Since her first emergency declaration over a year ago, the governor has not been required to consult anyone outside of her own handpicked political appointees. She has been given exclusive power to essentially decide who gets to have a job, who gets to operate a business and who gets to go to school. Our small businesses, workers and low-income families who cannot afford expensive private schooling are the hardest hit.

The governor’s prior lockdowns have resulted in thousands of Oregonians with no jobs to return to. Over 1,000 local restaurants and bars have permanently closed because of her restrictions, according to the Oregon Restaurant and Lodging Association. Yet, to date, no super spreader event has been traced back to Oregon gyms or restaurants.

It’s past time for the Legislature to rewrite our laws to restore democratic norms and balance to government decision-making. In a democracy, no one person should have all this power.

This isn’t a new or radical idea. New York, Michigan and Texas have all rolled back their governor’s concentrated powers. It’s time for Oregon to do the same and restore accountability. Oregon Republicans have offered good-government reforms. We are ready to work in a bipartisan way to protect Oregonians’ livelihoods.

Senate Bill 533 would limit the governor’s power during a state of emergency by prohibiting the governor from taking action that would keep Oregonians from working or operating their businesses. Senate Bill 789 would require the governor to get the Legislature’s approval to extend an emergency declaration after 60 days. House Bill 3399 would guarantee that our kids will be back in school for five days a week of in-person instruction starting this fall. House Joint Resolution 18 would end the governor’s current emergency declaration to protect livelihoods. To date, Democrats have refused to give these common-sense proposals a hearing.

Oregonians deserve their elected representatives to lead. Leadership means taking responsibility for tough decisions. The governor has too much power over the everyday lives of Oregonians. It’s time for the Legislature to act as a co-equal branch of government.