People this week have attacked journalists and NY Times bestselling author Andy Ngo for causing his own attack by reporting from a dangerous situation.

Best selling author, Dr. Jordan Peterson, responded by stating directly to journalists “Can’t you see this is you?” indicating that the state of journalism and media itself is at stake. 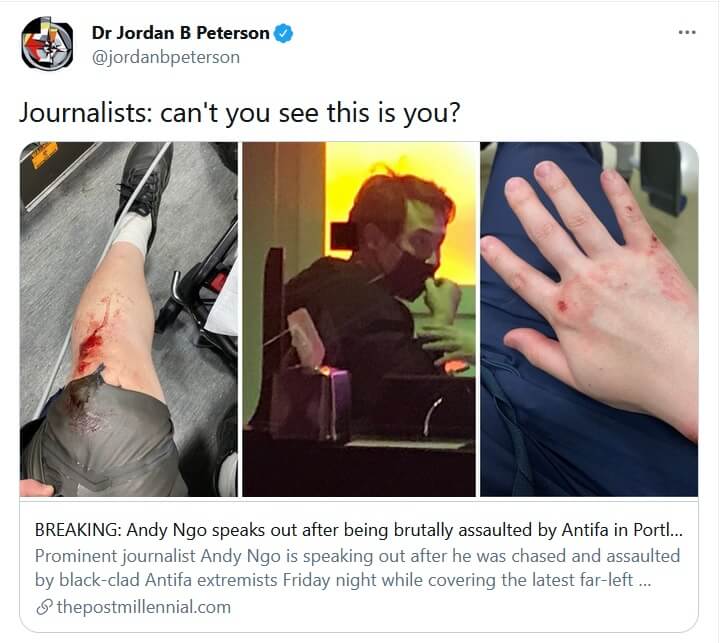 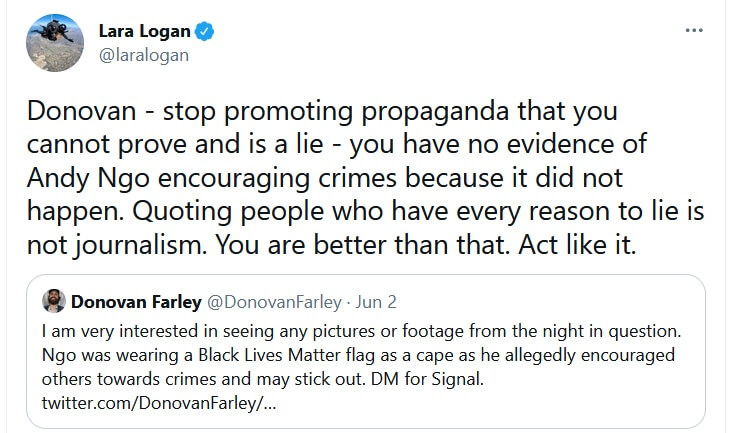 “Independent reporter Ngo is one of the few brave enough to cover Antifa…Some outlets like to claim there’s little evidence of Antifa presence at protests. But there is, and Ngo collects it.Ngo sees no way Antifa can achieve its goal of destabilizing the entire country. But it still terrorizes towns like Portand, where politicians’ cowardice can let anarchy flourish. Indeed, Portland police never charged anyone in the 2019 attack, and nearly a week after this latest one, Ngo still hasn’t even heard from a detective.The media could use a lot more truth-tellers like Andy Ngo. And the country could use a lot more officials paying attention to him. “

It is important to know that Andy Ngo reports on the violent riots and the rioters at a time when journalists are kept at a far distance.  Sometimes Andy Ngo is the only reporting on the violence and destruction that happens at an anarchists riot.   This is why we need to protect such media voices in the light of on going violence.