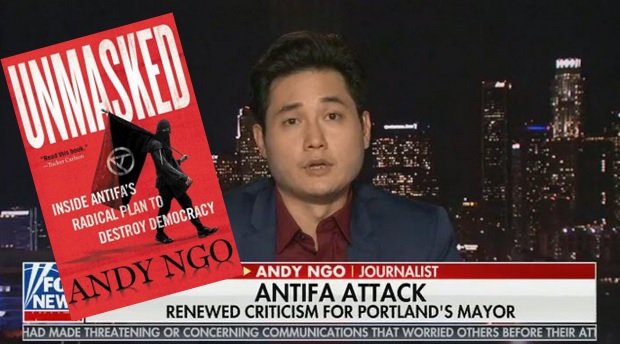 Skynews reports that Portland journalist and author, Andy Ngo, has been forced to flee Portland because of constant and elevated threats to his life by the violent anarchist organizations he reports about.   It was noted that his own parents fled Vietnam to flee political prosecution, and now he himself is facing the same political violence here in America.

“My hometown of Portland, Oregon is the epicentre of American Antifa”. Mr Ngo said all of the politicians who rightly condemned the January 6 riots at Capitol Hill were “at best silent last year when my city was literally under siege”.“At worse they actually promoted some of the crowd funded campaigns,” he said.”

His previous reporting caused him to be savagely beaten in broad daylight.  His forthcoming book, Unmasked, generated a book banning response by the anarchist who harassed Oregon top bookseller Powell’s Books to pull it from their store shelves.  A modern day book banning!

Here is a photo of when the mob showed up outside his home last year: 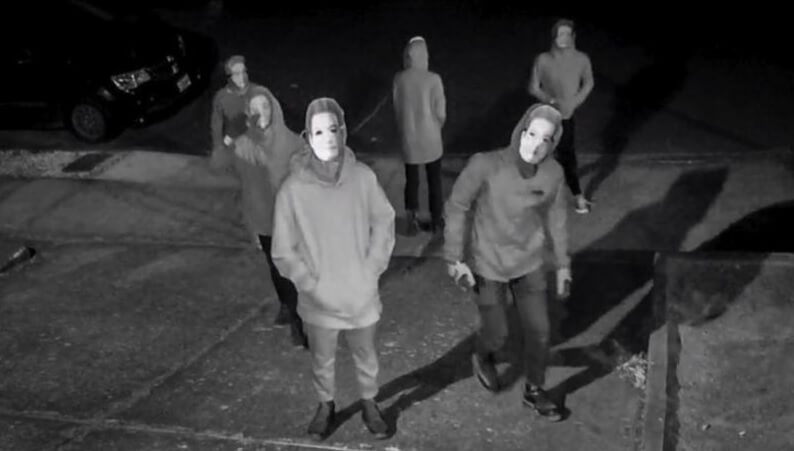 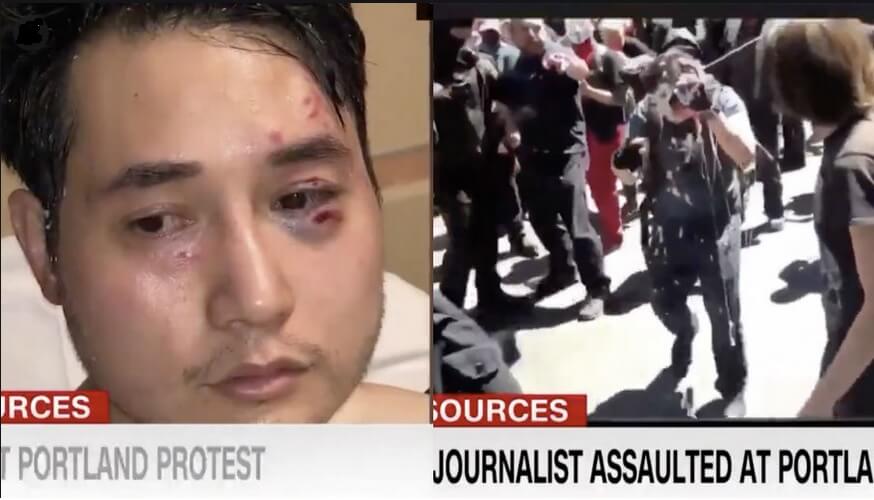 or buying his book Unmasked.