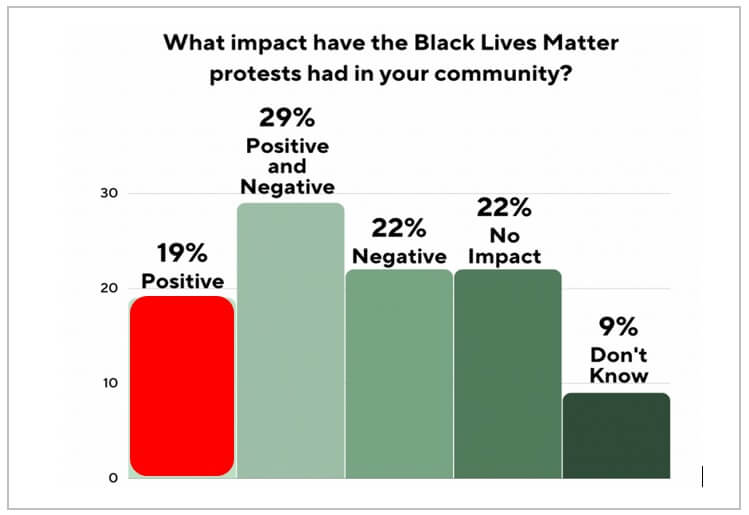 According to the Values and Beliefs Center poll of 1,400 Oregonians only 19% see Black Lives Matter as fully positive.  Roughly 29% see it both positive and negative which still puts the mixed support below majority support.

The report noted that support even among minorities was limited, “BIPOC residents are significantly more likely than white residents to describe the impact of the BLM protests as positive (27% to 18%).”

You can read the poll here: