Stan Pulliam has won our summer straw poll of the Republican primary for Oregon Governor with 53% of the vote. 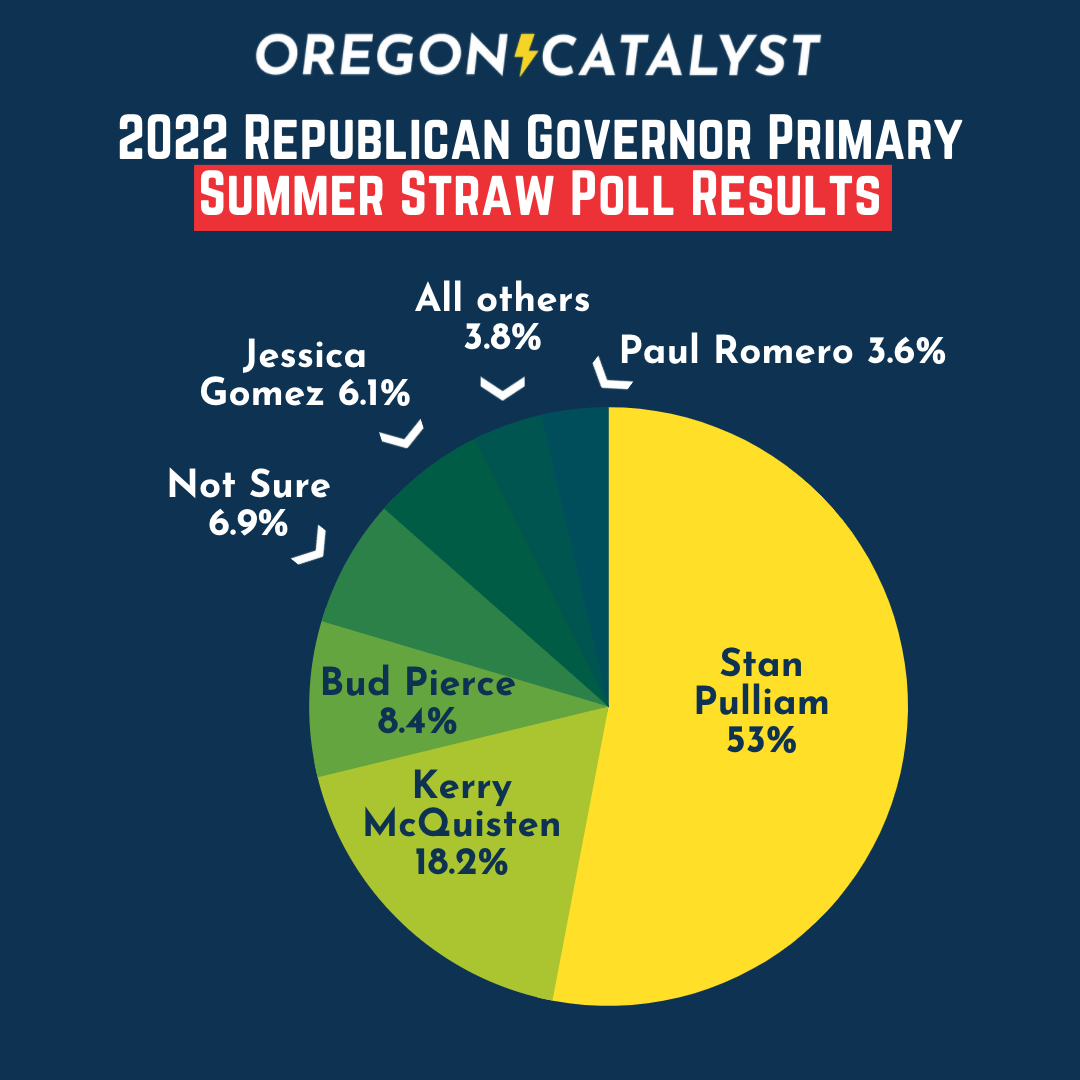 Kerry McQuisten — who is a new candidate since our last poll — took a surprise second place with 18.2%. Bud Pierce came in third with 8.4%. 6.9% of respondents are still not sure for whom they would vote. Jessica Gomez received 6.1%. All other candidates (Darin Harbick, Marc Thielman, Jon Justesen, Angelique Bouvier, and John L Fosdick III) combined for 3.8%. Paul Romero received 3.6%.

We expect to do another poll this fall including new candidate Bridget Barton and any others who launch their campaigns between now and then.

Note: This is not a scientific poll. It’s a straw poll of self-selected Republicans who are likely the most informed about the current field of candidates. We are about 10 months away from the May 2022 primary election.