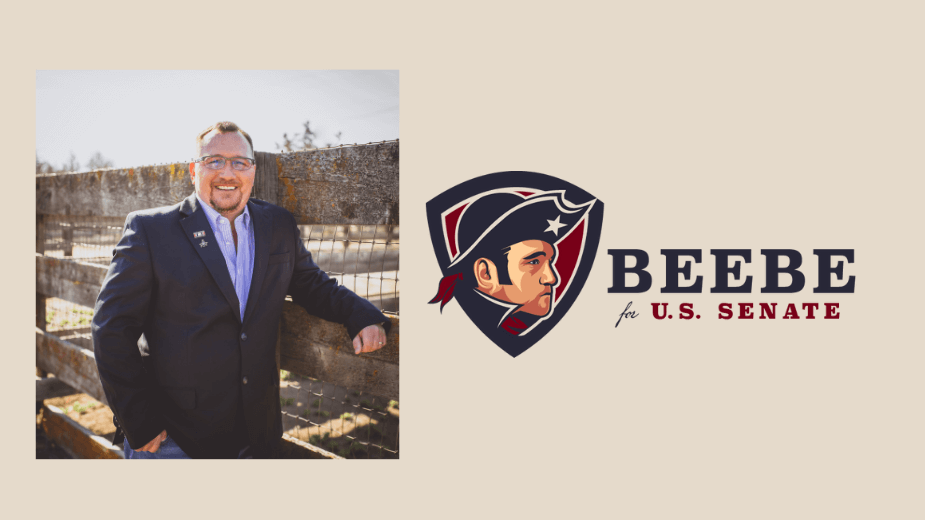 By Beebe for U.S. Senate

Prineville Mayor and Data Center Contractor, Jason Beebe, officially announces his candidacy for US Senate to replace the failed policies of Ron Wyden.

When asked why he decided to run against long time liberal Ron Wyden in this election cycle, Beebe stated, “I have never seen a Senator or public official that did not represent the people of Oregon more than Ron Wyden.” Beebe continued, “His extreme left, or communist views are so far out of touch with every day working Oregonians, it is just flat-out time for him to leave”.

Beebe, his wife Heather, and their children live in Prineville Oregon. Jason Beebe entered the military at age 29 after 9/11 to fight for his country serving one tour in Iraq. Serving in the 41st. IBCT, 1/82 Cavalry of the Oregon Army National Guard, he retired from duty in 2015 after 12.5 years of service.

Jason Beebe previously worked at the Facebook Data Center as a contractor, Apple Data Center, and currently is employed with HCL Technologies as a North American Regional Manager. Jason has served on the Prineville City Council for 10 years and was recently elected Mayor, 2022 shepherding Prineville through some of the largest economic development years and most recently an outspoken critic of the Governor on overreach with COVID-19.

Beebe noted that his reason to run started with his desire to serve in the Army and serve his community. As stated, “I cannot just sit back and watch our nation continue down this treacherous path with the likes of Nancy Pelosi, Chuck Schumer, and Ron Wyden. We can and must stop them. It starts with removing Ron Wyden from office.”

Jason Beebe is traveling around the state discussing with Oregonians their thoughts on vital issues that are facing Oregon and America today.

To learn more about Jason Beebe and get involved, go to beebefororegon.com.