It was the anniversary of the death of a Trump supporter who was shot last year by a violent Leftist protestor in the City of Portland.   Both Left and Right groups staged protests and at times fought with each other, pedestrians and journalists.

Here is a re-cap of highlighted events:

A Proud Boy beats an anti-fascist counter protester after swarming his truck truck on August 22, 2021 in Portland, Oregon. Proud Boys and other far-right extremists fought with anti-fascist activists in Portland on the anniversary of a similar fight in 2020.

This is very disturbing video. I’ve known Luis Marquez to be a violent and dangerous man (he’s named in my lawsuit against Rose City Antifa & other antifa members). https://t.co/TllZ7KD7ye https://t.co/e2ZeHSQDjD

–Anarchists rallied at Waterfront Park.  They burned items and tried to create an autonomous zone. 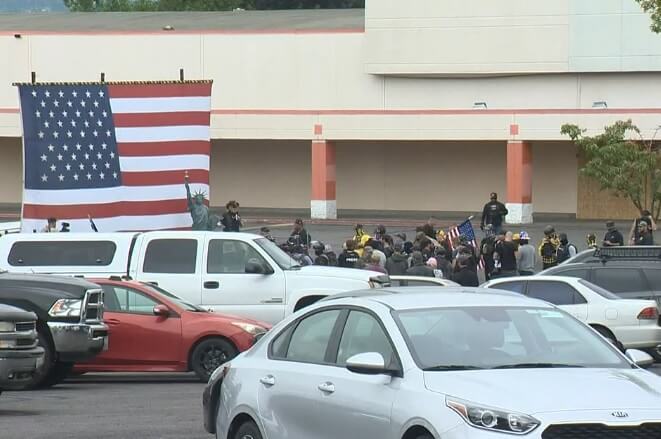 – Proud Boys and Antifa clashed in NE Portland.  Image below shows where they lobbed fireworks and smoke bombs at each other. 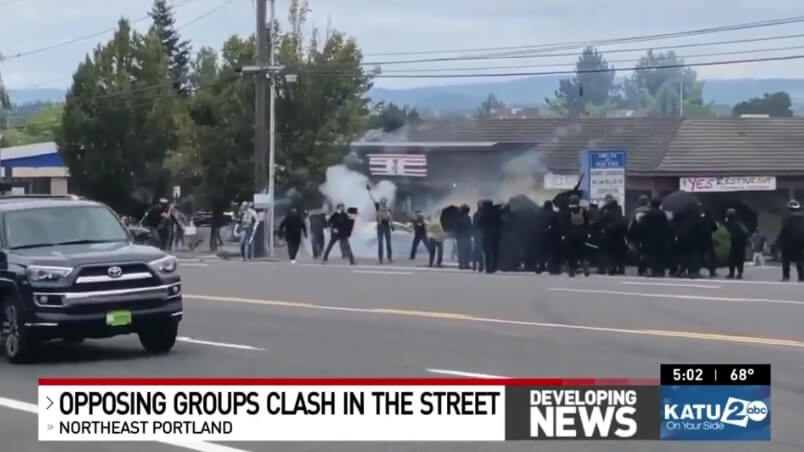 — During the clashes, police arrest a man for shooting his handgun.  It is not known at this point the man’s motive or protest connection. 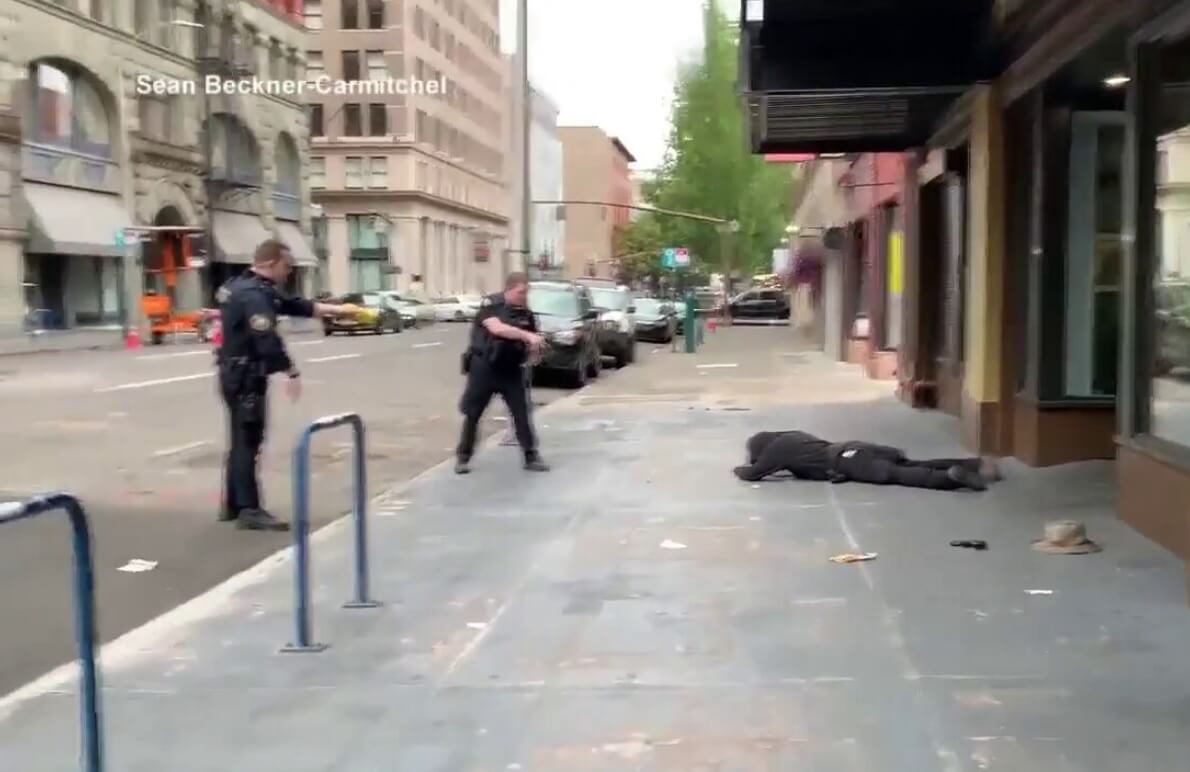 –Proud Boys managed to scale building to erect banner demanding release of their members who have been arrested. 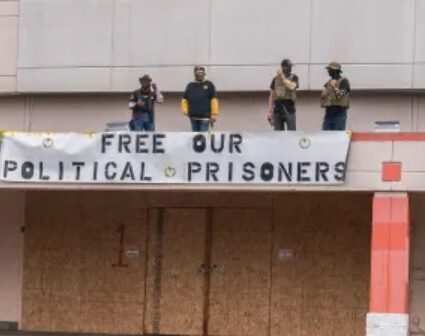 — Many downtown businesses closed for the day out of fear of violence. 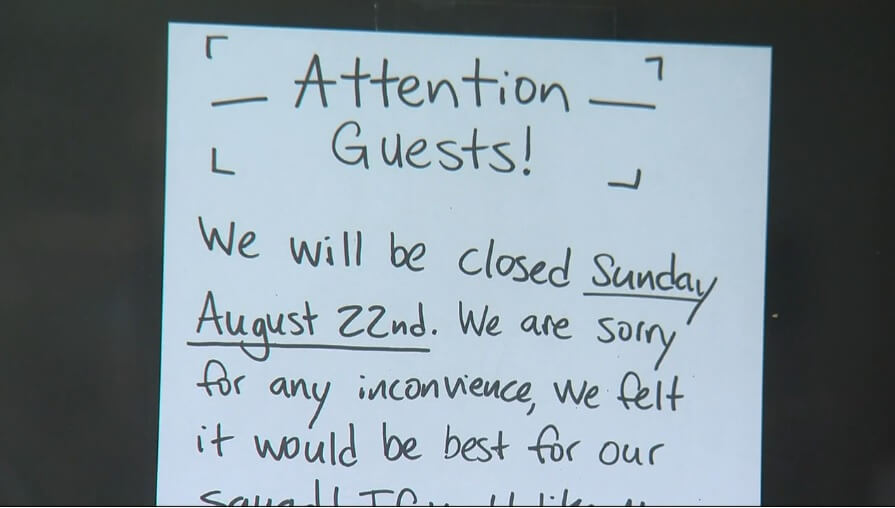 — Portland Mayor Ted Wheeler, made a campaign to “Choose Love” ahead of the protest.  Below is the Mayor using transportation equipment to broadcast the message. 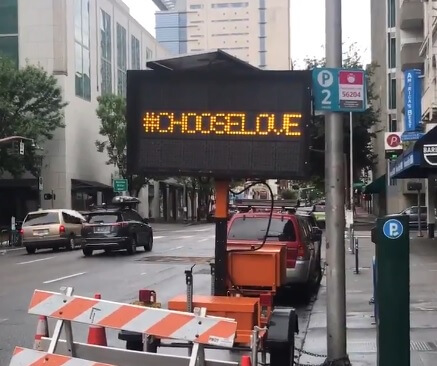