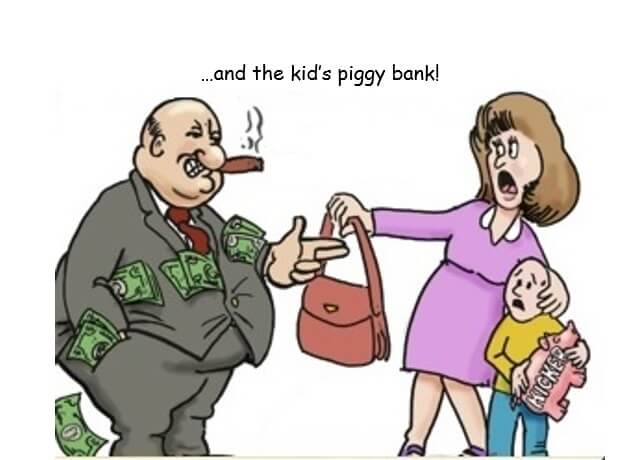 The Oregon Senate voted for Sb 846-a which diverts $15 million in Kicker Income Tax Refunds back from taxpayers and into the hands of politicians.  Oregon has already over-collected a half billion in unexpected, over-collected surplus tax revenue of more than a half billion.  That is a half-billion in tax surplus over their already balanced (and mostly spent) budget.

By using a budget gimmick they change the date of certain funds so surplus funds end up in the next budget cycle making them outside the Kicker refund and therefore robbing Oregonians of millions of their kicker income tax refund.

It is dishonest budgeting.   They did it before when they stole $108 million last budget cycle.

The same politicians also used budget date-change gimmicks to delay government PERS pension payments which had the effect of making the $26 billion deficit even bigger over time but reducing the cost today.   It was a sheer sellout to Oregonians to push debt problems down the road for others to solve.