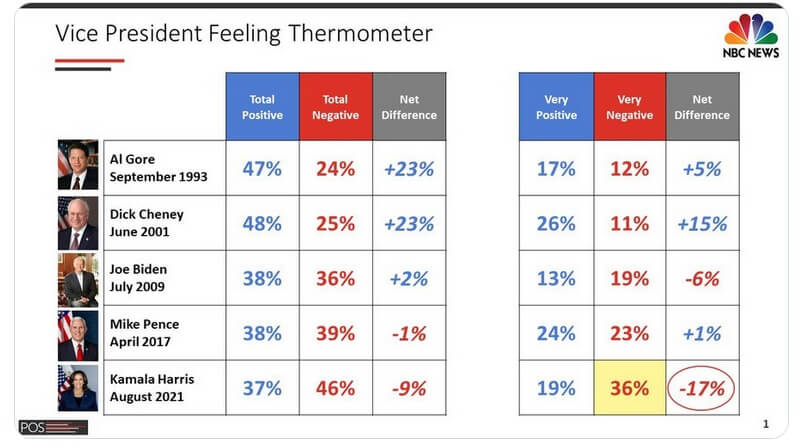 MSN News Reports, “Going back 28 years in NBC polling, no other new vice president has been welcomed so coldly by Americans as the Democrat and first woman in the job.In the latest survey, pollster Bill McInturff pointed out her low positive rating, at 37%, and tweeted this morning, “VP Harris has lowest feeling thermometer of any first year VP going back to Gore in 1993 with an unprecedented ‘very negative’ rating on @NBCNews survey tracking.”