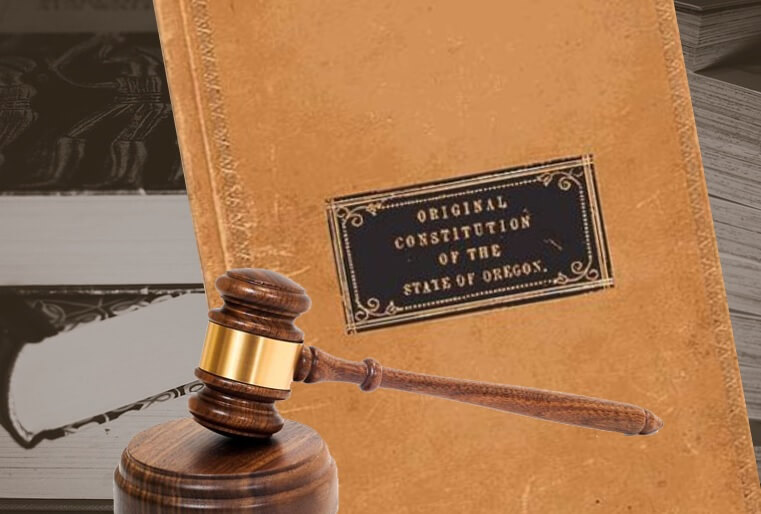 (EUGENE, Ore.) — Six Oregonians, represented by the Freedom Foundation, sued Gov. Brown and the Oregon Health Authority (OHA) over the governor’s recent order to fire employees who have declined to get vaccinated by the government’s arbitrarily set deadline.

The case was filed in U.S. District Court in Eugene, and names Gov. Kate Brown and Oregon Health Authority (OHA) Director Patrick Allen as defendants. All six plaintiffs have previously had covid and have natural anti-bodies.

“The Governor’s orders fail to take into account natural immunity which current studies show to be just as – if not more – effective than any vaccine.” Say’s Oregon Director of the Freedom Foundation, Jason Dudash. “These mandates are about control and not based in any science, which is consistent with what we’ve seen come out of the Governor’s mansion this past year, as well as the White House”.

“The state compelling private individuals to submit to any medical procedure against their will is outrageous enough,” said Rebekah Millard, litigation counsel for the Freedom Foundation, which is representing the plaintiffs. “Imposing a one-size-fits-all mandate on people who not only don’t need the vaccine but would have an elevated chance of experiencing serious side effects if they take it shows conclusively the state’s actions are steeped in partisan politics rather than hard science.”

• Joshua Williams, chief of Aurora Fire and Rescue, who came down with COVID last January;
• Jennifer Lewis, office manager and treatment coordinator for Klamath Falls Orthodontics, who contracted the virus in December 2020;
• Beaverton school bus driver David Klaus, was tested for COVID in January and informed that he, like the others, has a “robust natural immunity to COVID-19.”
• Phillip Kearney who works for the Oregon Department of Justice as an Assistant Special Agent in Charge tested positive for COVID-19 in the spring of 2021;
• Jay Hicks resides in Malheur County, Oregon and works for the Oregon Department of Corrections where he has served for 22 years, and whose doctor specifically suggested he not get the vaccine after having recently tested positive for antibodies; and
• Michael Miller who also works for the Oregon Department of Corrections, who, while he had the virus in November of 2020, tested positive for COVID-19 antibodies September 1, 2021.

Citing an uptick in reported cases health officials blame on the emergence of the so-called “Delta variant” of the virus, Brown on Aug. 13 and 25, respectively, mandated everyone working in a school, healthcare, or State-agency setting to obtain proof of vaccination by Oct. 18.
Oregon public and private employers are both subject to Brown’s edicts, which threaten a fine of $500 per day, per offense until the employee is either terminated or vaccinated.

The plaintiffs each assert they have been — or will be — materially damaged if their refusal to be vaccinated results in being fired by their respective employers.
“The Constitution unequivocally allows free Americans to refuse unwanted medical treatment,” Dudash said. “It follows logically that they can’t be discriminated against for exercising their Constitutional right.”

Dudash concluded, “Oregon’s education system has been a national laughingstock for years. Our healthcare systems are currently in crisis. The governor should have a vested interest in keeping as many people on payroll as possible. Instead, she is advocating for an overarching policy that will fire tens of thousands of employees who last month she heralded as heroes, for a reason that can only be interpreted as punitive and vindictive”.