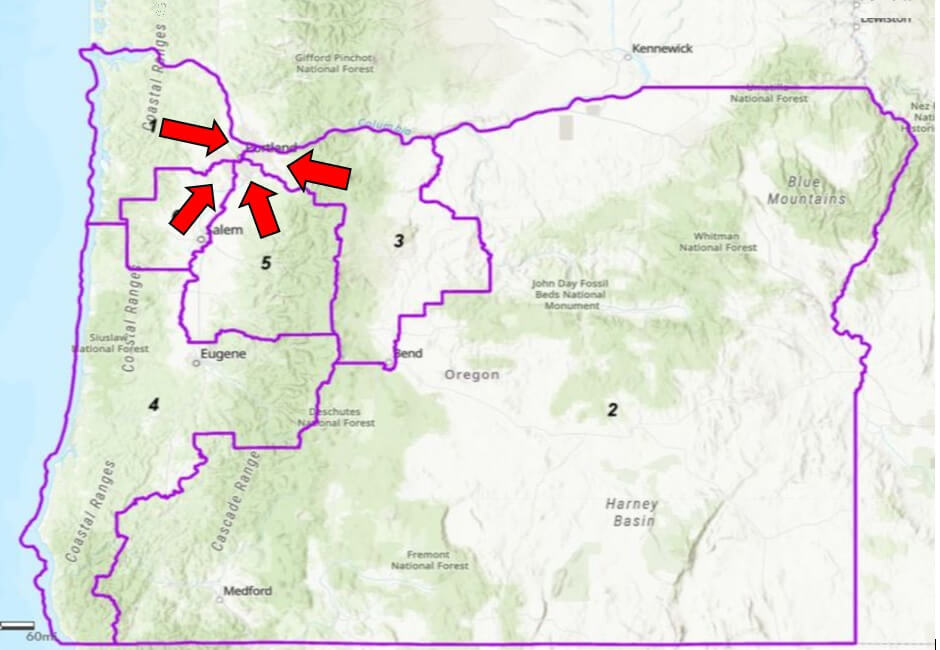 This week begins the Oregon Special Legislative Session to deliberate over the new redistricting of political boundaries of the various Congressional and State politicians districts.

This map is no different for smaller State Senator and State Representatives, where Portland is being placed into as many districts as possible so politicians who live far away and live in rural towns with different values are forced to represent them.

The Oregonian reports, “An analysis by The Oregonian/OregonLive shows that the initial proposals by Democrats, who already hold supermajorities in the state House and Senate, would generally expand the party’s power in the statehouse by creating more districts with a solid Democratic voting edge. That is especially true under House Democrats’ initial draft plan..”

Using computer programs one can see that the Congressional plan would favor a single political party (Democrat) over another. 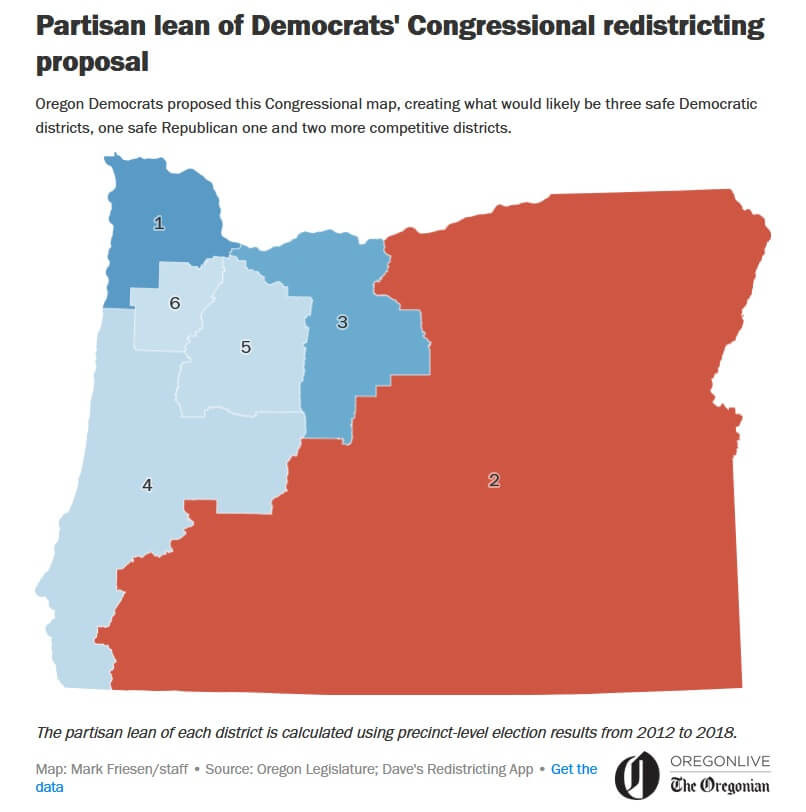 Lawmakers will be voting on various drafts plans this week.

You can call your State Senator and State Representative 1-800-332-2313 and request that lawmakers approve a bipartisan plan that both political parties approve and stop any gerrymandering for political benefit.

If you do not know who your lawmaker is you go here to find out.