Environmental groups including the Sierra Club and Western Resource Advocates have sent PacifiCorp a clear message after the release of the utility’s newest Integrated Resource Plan (IRP):

It doesn’t matter how much you do, we will always want more.

An IRP is like a utility roadmap; it shows a utility’s plan to meet future energy and capacity needs. While many combinations of resources, known as portfolios, are considered, the preferred portfolio is one that includes a combination of “least-cost and least-risk” energy resources.

Out of the listed resources, only 12% (including nuclear and hydrogen) will actually provide firm, reliable power at all hours in the day when needed. These are the resources that can be counted on to avoid the threat of blackouts. Solar and wind only provide energy when the weather allows it and can both be offline for prolonged periods of time. Pumped hydro and batteries don’t produce any of their own power and are used for short durations. Neither can provide enough power for a full day, and batteries themselves can only provide power for a handful of hours at a time.

Under the proposed plan, PacifiCorp will retire 19 of its 22 coal units currently serving customers by 2040, 14 of which will be retired by 2030. Some of those coal plants, such as Jim Bridger in Montana and Naughton Unit 3 in Wyoming, will be converted to natural gas by the middle of the decade. However, the utility will also retire 1,554 MW of natural gas by 2040, a complete surrender of reliable power. 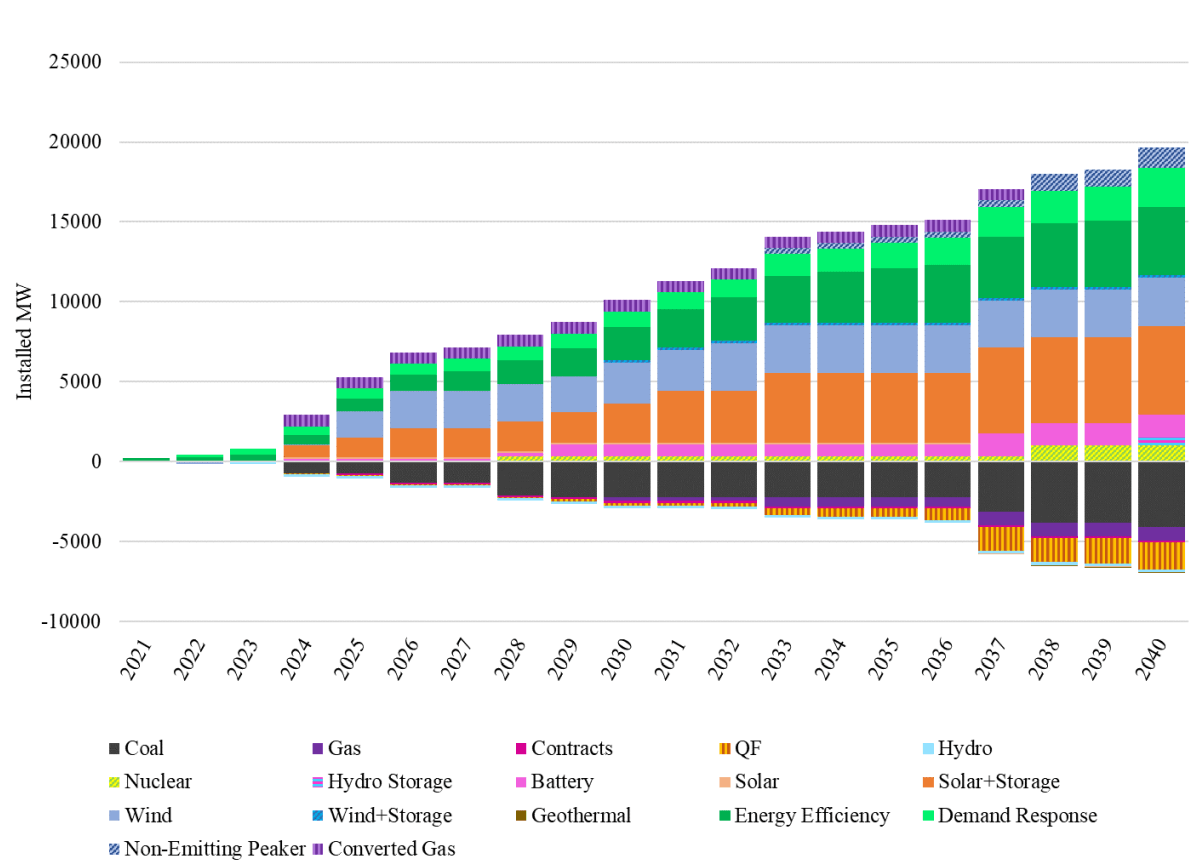 The inclusion of small modular nuclear reactors (SMRs) in the preferred portfolio is a new and exciting addition, as SMRs can provide 24/7 reliable, carbon-free power. These plants can be ramped up and down when needed to meet peak customer demand, unlike variable wind and solar plants which operate depending on the weather.

500 MW of the SMR resources will come from the TerraPower Natrium nuclear project in 2028. The plant will be placed at a retiring coal plant in Wyoming and will have embedded storage as well as reduced spent fuel compared to traditional nuclear plants. Because the new project will take place at a retiring coal plant, it will give current coal employees a transition opportunity and provide an economic boost to their communities.

Instead of outright demolishing a coal plant, like Portland General Electric is doing with the Boardman Coal Plant, utilities should follow in PacifiCorp’s footsteps and replace the facilities with another reliable, firm fuel source like natural gas or nuclear. Doing so will allow the utility to utilize the existing turbines, transmission lines, and skilled workforce.

But for many conservation groups, that’s not enough. They would prefer the electric sector be completely decarbonized by 2035. They think it’s “bad news” that PacifiCorp plans to maintain some fossil fuel generation despite the major reductions that have been planned.

However, without sufficient baseload power from fossil fuels, customers bear the risk of blackouts at times when consumer demand outpaces supply. As seen in Texas, blackouts in a time of extreme weather means death. Over 200 people lost their lives after the lights went out during the state’s winter cold snap. Too often, power is lost when it is needed most.

When comparing costs of fuel or potential environmental regulations against grid reliability and human lives, groups like the Sierra Club have their priorities in the wrong place.

This 2021 IRP includes plans for some great innovations, like converting coal plants to natural gas and bringing on small modular nuclear reactors. However, PacifiCorp should ensure that future investments in short-duration batteries and intermittent renewables rather than firm resources don’t come at the cost of a reliable grid.