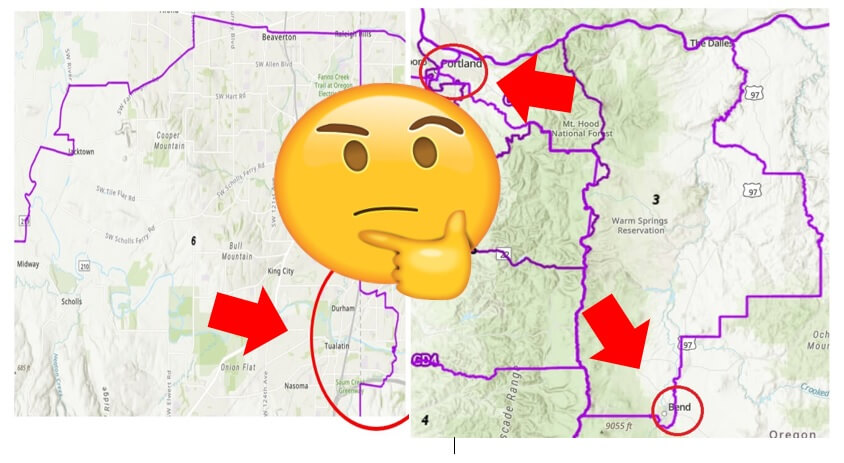 Things that make you go “hmmmm?” about this year’s Congressional Redistricting. Why do some lines jig and jag while others link certain areas together? A reasonable person should question this year’s proposed maps by Democrats and underscore another reason why Republicans legitimately raised concerns of gerrymandering.

The main issue in 2021 is around where to place Oregon’s new Sixth Congressional District. In redistricting, tradition, practice, and fairness dictate that communities of interest are linked, geography and boundaries are followed and impropriety about potential candidates and any political party advantage is avoided.

First, for the new CD 6 and redrawn CDs 1 and 5, look at these two odd jaggy lines: 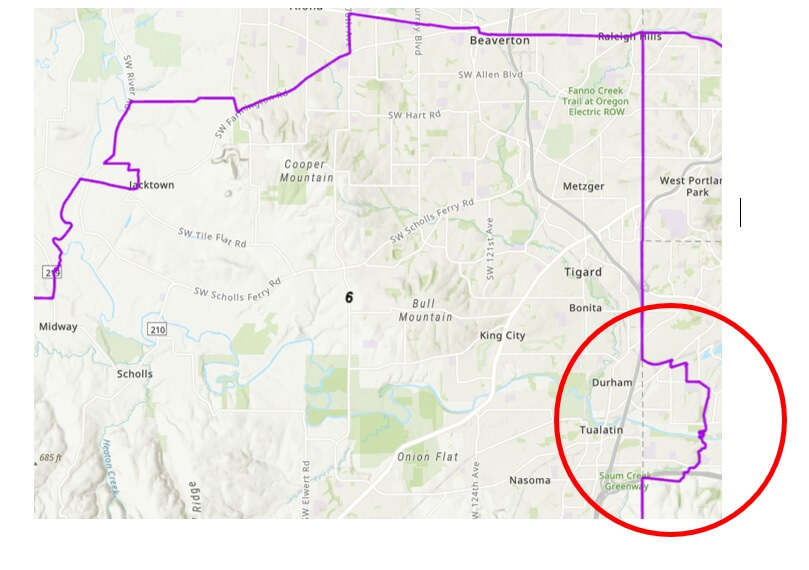 The outcropping lower right around Tualatin, Durham follows no city limits or county borders. Then the upper left chunk that goes in and out from Farmington is another puzzler. 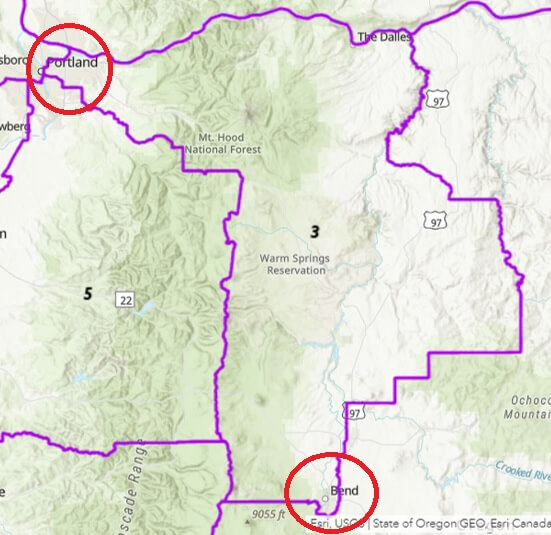